Interpreting Franz Schubert’s cycle »Winterreise« from 1827 is an artistic milestone in the career of every classical singer. The poet Wilhelm Müller recognised how music could transform his poems: in 1822 he noted that »my songs lead only half a life, a paper existence, black on white ... until music invigorates them; or where life already slumbers, music calls out and awakens it«. He thus unwittingly gave his blessing to the efforts of Franz Schubert, who was so moved by Müller’s cycle that he immediately began to set all 24 poems to music, completing the work in 1827, just one year before his death.

Bass Georg Zeppenfeld, a former member of the Semperoper ensemble and a popular guest artist in Dresden for many years, joins renowned accompanist Gerold Huber to perform Schubert’s formidable masterpiece. With his richly sonorous voice, Zeppenfeld will interpret the mysterious journey of a wanderer whose mood swings between exuberant joy at being alive and hopeless despair at the transience of existence. 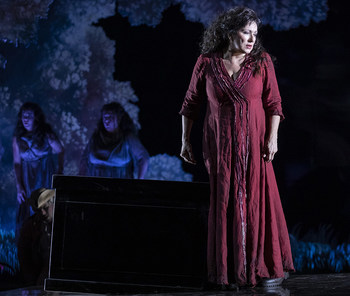