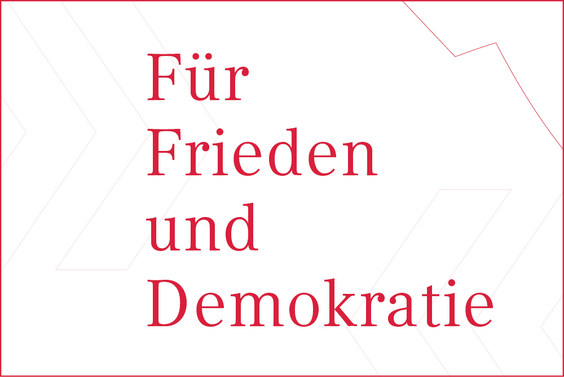 Dresden, 1 March 2022. The Semperoper Dresden strongly condemns Russia’s attack on Ukraine as an inexcusable breach of the peaceful European order established after 1989. This order, based on the self-determination of nations, the observance of human rights and the resolution of dispute through dialogue and diplomacy, underpins the peaceful coexistence of all peoples. It has now been destroyed by an autocratic ruler in disregard of the rights and freedom of the Ukrainian people.

Together with its employees from all over the world, some of whom come from the countries and regions affected by the current war, the Semperoper views itself as a cosmopolitan institution committed to peaceful dialogue and cultural exchange. As artistic director Peter Theiler states: »Our sympathy and unconditional solidarity go to all those who are working for peace and democracy in countries affected by war, especially to our colleagues in the Saxon State Theatres who are worried about the fate of their country and their families.«

In this context and due to other dubious cases regarding the organisation of the SemperOpernball, such as the controversial awarding of medals by Semper Opernball e.V. to Russian President Vladimir in 2009 Putin and to Egyptian President Al-Sisi in 2020, the Semperoper Dresden strongly distances itself from Hans-Joachim Frey, the artistic director of the event. These and other actions of the organiser reinforce the already considerable misgivings around his decisions.

As Peter Theiler emphasizes: »Despite its prominence in Dresden’s social calendar, the SemperOpernball does not represent the artistic convictions of the Semperoper«. Rather, Semper Opernball e.V. – the organiser of SemperOpernball – is an entirely separate institution. The Semperoper merely allows Semper Opernball e.V. to hire the opera house for the purpose of holding the ball. Mr Frey’s business dealings in connection with the organisation of the opera ball are proving counterproductive and damaging to the image of the Saxon State Opera. Therefore, it is now imperative that the Semper Opernball e.V. take a clear and unambiguous position in regard to its artistic director.