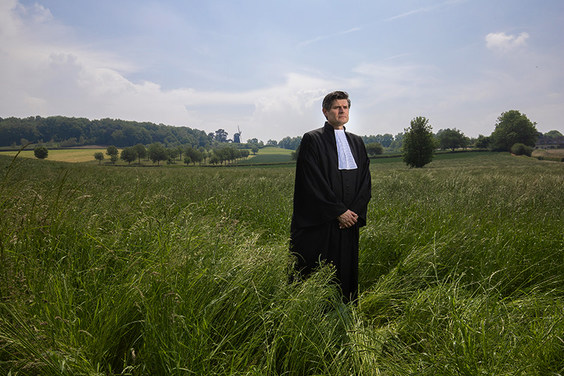 Dutch lawyer Roger Cox will be awarded the International Peace Prize "Dresden Prize" 2022. The award recognizes his groundbreaking contribution  to fighting for compliance with global climate targets by means of law. The prize is endowed with 10,000 euros and is sponsored by the Klaus Tschira Foundation. It is awarded by Friends of Dresden Deutschland e.V. in cooperation with the Semperoper Dresden.

Dresden, 11 February 2022. In May 2021 the lawyer Cox won a historic case in a Dutch court in The Hague requiring the oil company Shell to reduce its CO2 emissions by 45 per cent by 2030 compared to 2019. Climate protection is a human right, was Cox’s main argument. Cox’s main argument, who represented the Dutch environmental organisation "Milieudefensie" in the case. The court agreed: "Even when states do nothing or little," Judge Larisa Alwin said in delivering the judgment, "corporations have a responsibility to respect human rights." Former US vice-president and long-time climate activist Al Gore, writing in Time magazine on the occasion of Roger Cox’s election as one of the world’s 100 most influential people in 2021, said, "This victory, paired with Cox’s previous landmark case that forced the Dutch government to reduce its emissions 25% by 2020, shows that we don’t need to wait for slow progress on intangible goals. We have the ability—and the precedent—to demand concrete climate action now."

"Peace is more than the absence of war. Standing up for peace in times of climate crisis means acting responsibly and fighting for a humane and thus peaceful life for future generations. This will only be possible if the destruction of the planet can be stopped," reads the justification for the award of this year’s Dresden Prize. Roger Cox joins the ranks of previous winners of the Dresden Peace Prize. They are all personalities who have grown beyond their time. Like Olympic champion Tommie Smith (2018), who stood up for civil rights with a raised fist in times of racial discrimination at the 1968 Olympic Games in Mexico. Or like the Syrian education activist Muzoon Almellehan (2020) with her tireless work for better educational opportunities for children in war and crisis zones. "Roger Cox has also outgrown his time, as it were. While many recognise the danger of climate change, too little is still being done. Roger Cox convincingly used the means at his disposal - laws and court cases", Beate Spiegel, Executive Director of the Klaus Tschira Foundation, praises the achievement of the 2022 laureate.

When Cox won the climate trial against the Dutch government in 2015, he was the first to achieve such a feat. The judgment he obtained against Shell was also the first of its kind. Since then, his successes have served as a model for many people around the world who are taking legal action against inadequate climate policies. His advocacy can be seen as a milestone in the fight to save the climate.

Award ceremony
In view of the still challenging corona situation and the related contact reduction measures, it is unfortunately not possible to present Roger Cox with the "Dresden Prize" at a public ceremony in the Semper Opera House on the originally planned date in February 2022. However, the public honouring of Roger Cox in the Semperoper will be made up for on 19 February 2023 in a double award ceremony for the 2022 and 2023 prize winners.

Dresden Prize
The "Dresden Prize", sponsored by the Klaus Tschira Foundation, is offered by Friends of Dresden Deutschland e.V. and will be awarded for the thirteenth time in 2022.  Previous winners of the international peace prize include Mikhail Gorbachev, the Duke of Kent, Daniel Ellsberg, the forefather of whistleblowers, and the peace activist Kim Phuc Phan Thi, who can be seen as a napalm victim in the world-famous photo from the Vietnam War.  In June 2021, the award was presented to Spanish doctor Cristina Marín Campos on behalf of the doctors and nurses who made outstanding contributions to the Corona pandemic worldwide.