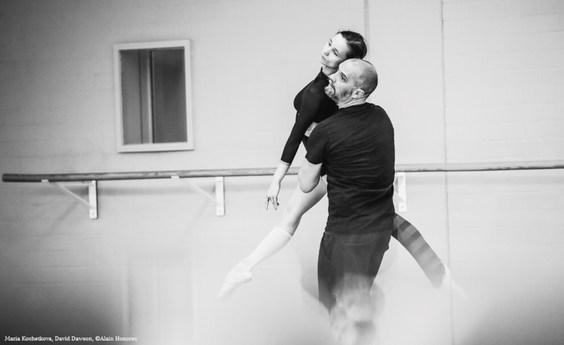 Dresden, 10 September 2019. At the start of the 2019/20 season, Semperoper Ballett welcomes another popular international guest in the form of Maria Kochetkova. The Russian ballet star will make no fewer than three debuts when she performs for the first time in front of a Dresden audience, makes her house debut in the Semperoper and her premiere appearance in the title role of David Dawson’s choreography »Giselle«. At her side will be Jón Vallejo, who on 2 October will also make his debut in the role of Albrecht.

Equally at home in the classical and contemporary repertoire, the Muscovite has been pur-suing her prize-winning solo career on the world stage since 2018 as a guest artist unattached to any specific company. Her engagements for 2019 have included a short run at New York’s Joyce Theater in a choreograhy specially created for her by Jérôme Bel as well as a guest appearance at the Berlin State Ballet, where she performed the lead role in »La Sylphide«. Maria Kochetkova is now making her debut at the Semperoper as Giselle in the choreography by David Dawson, which premiered in the Semperoper in 2008. Similar to her role in »La Sylphide«, the dancer will present a classical and ethereal creature of the ballet blanc, who undergoes her apotheosis through supernatural desire, dying for the sake of love. Ms Kochetkova has been collaborating with choreographer David Dawson for more than ten years.

Ballet director Aaron S. Watkin and his company look forward to welcoming Maria Kochetkova as a guest principal of the Semperoper Ballett, where she joins another world-renowned guest principal, namely Marcelo Gomes.

Performances with Maria Kochetkova in the Semperoper Dresden on 2 and 8 October 2019. Further performances on 19, 22, 27 and 30 September 2019 at 7 pm. Free introductory talk on the production 45 minutes before curtain-up.

Kindly supported by the Semperoper Foundation.

Tickets for the performances are available at the daytime box office in the Schinkelwache on Theaterplatz (T +49 (0)351 4911 705) and online. For more details check out semperoper.de.

Please direct your press queries, interview requests and application for press tickets (with information on the media outlet and expected publication date) to presse@semperoper.de.