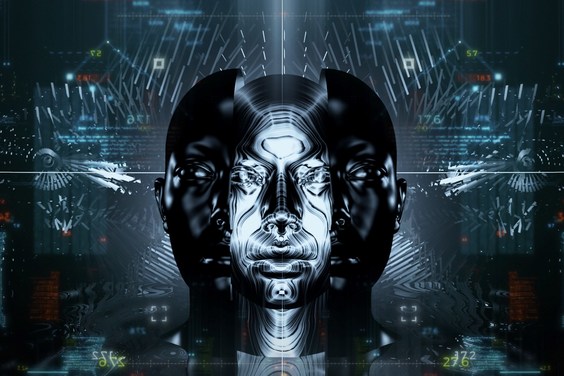 As the current season draws to a close, rehearsals are beginning at the Semperoper for the world premiere on 3 September 2022 of the opera »chasing waterfalls«, which will be the first premiere of the 2022/23 season. »chasing waterfalls« (a title that implies an attempt to grasp the intangible) tells the story of a real person, embodied by the Norwegian soprano Eir Inderhaug, who suddenly finds herself in a virtual mirror world together with her self-created so-called »digital twins«. Interpreted by Simeon Esper, Jessica Harper, Tania Lorenzo, Julia Mintzer and Sebastian Wartig, these act as independent figures who eventually form an alliance against the real-world protagonist– until an artificial intelligence intervenes in the proceedings ...

The sensational aspect of this world premiere is that artificial intelligence is not only the focus of the plot but also assisted in developing the opera and will be involved as a live creative force during each performance. The score is a co-composition of Angus Lee together with the Berlin Studio for Sonic Experiences kling klang klong. While Angus Lee composed the scenes 1 to 4, 6, and 7, kling klang klong wrote the electronic music for scene 5 using neural networks. Apart from this, kling klang klong created the pipeline of different neural networks that makes up the AI character. Also writer Christiane Neudecker wrote the libretto while drawing on various textual and language models.

Moreover, for the first time in opera history, AI systems will independently compose short musical sections live on stage and perform these using a computer-generated voice. To achieve this, the voice of Eir Inderhaug was initially fed into the programme. On stage, the vocal performance will be visualised by means of an eight-metre-high light sculpture of LED panels. Furthermore, this technically revolutionary opera will even feature a real waterfall.

Audience members will be invited to participate interactively to help create the scenography: With their agreement, their faces will be recorded before each performance by means of a 3D face scan and then integrated into the stage design using AI technology.

This cross-media opera project was initiated by stage director and media artist Sven Sören Beyer. Together with the Berlin artists’ collective phase7 performing.arts, Beyer has dedicated himself since 1999 to performative productions and installations in which he applies state-of-the art technologies to explore the complex relationship between man and machine. The co-production of the Semperoper Dresden with the Berlin artists’ collective phase7 performing.arts and the New Vision Arts Festival Hong Kong together with the Studio for Sonic Experiences kling klang klong has been made possible thanks to the support of the project partner T-Systems MMS and the Saxon Semperoper Foundation. After the Dresden premiere as well as two additional dates in the Semperoper’s 2022/23 season, namely 8 and 11 September 2022, »chasing waterfalls« will travel to the New Vision Arts Festival in Hong Kong.