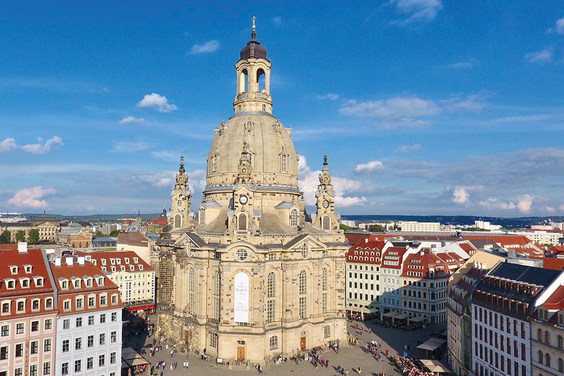 A charity concert to be held on Saturday, 21 May 2022 is intended by the joint initiators, namely the Semperoper Dresden and the Frauenkirche Foundation in collaboration with the Saxon Semperoper Foundation, as a sign of hope for those affected by the war in Ukraine. The event, which begins at 7 p.m. in the Frauenkirche, is not only aimed at individuals who wish to express solidarity with the Ukrainian people, but above all at everyone fleeing the war zone as well as the numerous helpers who are providing much needed support.

Numerous artists, including Georg Zeppenfeld, have followed the call to lend their musical voices to this appeal for humanity and peace. The programme includes Johann Christoph Bach’s lament »Wie bist du denn, o Gott, in Zorn auf mich entbrannt«, the String Quintet in G major, Op. 111, by Johannes Brahms and works by Ukrainian composers such as Semen Hulak-Artemovsky, Hryhorij Altschevsky and Myroslav Skoryk. The event will be moderated by Peter Theiler, the Semperoper’s Artistic Director. The welcoming address will be given by Sebastian Hecht, who heads the ministerial department of culture and tourism.

Admission to the »Charity Concert for Peace and Hope« is free. Concertgoers will be asked to make donations to help support educational programmes for refugee children and young people from Ukraine.

Presented in both German and Ukrainian, the concert will take place under the patronage of the Saxon Minister of State for Culture and Tourism, Barbara Klepsch: »I immediately gave my whole-hearted backing to the idea of the Semperoper and the Saxon Semperoper Foundation to organise this charity concert together with the Frauenkirche Foundation. For me it’s wonderful to use the power of music to spread a message of solidarity, hope and peace throughout the world. I’m delighted to act as patron for such an event.«

Photo: The Church of Our Lady (Frauenkirche Church) © Frauenkirche/Peter Johannes