In answer to Tamino’s question about who he is, Papageno says »A man like you«. Tamino’s reply to the counter-question is that he comes from »princely blood«. Thus it is clear from the word go that while the bird-catcher Papageno has true humanity, this is something still lacking in Tamino. While this goal is truly noble, the pathway to achieving it is humorous, playful and, one could say, humane. As described by the libretto, the protagonists undergo various trials, encounter hell’s vengeance and the sweetest love, meet dancing animals and child-spirits, until Tamino and Pagageno finally reach their happy goal. On the one hand, Wolfgang Amadeus Mozart’s last opera »The Magic Flute«, which premiered in Vienna in 1791, follows the venerable tradition of Viennese magical theatre. On the other hand, Mozart and his librettist Emanuel Schikaneder were also inspired by the Enlightenment ideas of the Freemasons to create a blend of crazy buffoonery and Masonic symbolism, striking misogyny and the deepest humanity, all infused with heavenly music. These elements make »The Magic Flute« the successful opera that has been enjoyed by each generation and is still beloved today.

Act one
Prince Tamino is being pursued by a wild serpent. At the last minute, he is saved by three mysterious ladies who have been sent by the queen of the night. When the bird catcher Papageno appears and boasts about the heroic deed they punish him. In contrast, they give the prince a portrait of Pamina, the daughter of the queen who is being held captive by the ruler of the temple of the sun, Sarastro. Tamino falls in love with her. The queen appears in person and orders him to rescue Pamina together with Papageno. A magic flute will protect him from any danger whilst a reluctant Papageno is given magic bells. Guided by three young boys, they set off on their way to Sarastro’s temple. Whilst the temple guards tell Tamino that Sarastro is not the evil tyrant that the queen has depicted, Papageno finds Pamino and tries to flee with her. With the help of the chimes, he is able to distract her guard Monostatos although his efforts are scuppered by the appearance of Sarastro. Papageno, Pamina and Tamino have to stay in Sarastro’s kingdom as Sarastro has something greater planned for Tamino: just as he has taken Pamina into his kingdom to protect her from her mother, he plans to get Tamino into his circle of insiders of the sun temple and, in this way, prepare him for future tasks.

Act two
Tamino and Papageno are challenged to undergo various trials to prove that they are fit to be accepted into the circle of insiders. Firstly, they have to learn to remain silent which is difficult, particularly for Papageno. When an elderly woman appears, he is unable to keep this up and asks her what her name is. She then disappears with a clap of thunder. Papageno comforts himself with food and drink which is miraculously served to them both. Only Tamino remains silent and plays his flute for solace. Pamina appears but cannot understand why Tamino is no longer speaking to her. Her mother – the queen of the night – had previously tried in vain to persuade her to murder Sarastro. When, in her despair, she tries to take her life, the three young boys snatch the dagger away from her and lead her back to Tamino. Together they face the final test, the fire and water challenge. Protected by the magic sounds of the flute, they pass the test. Meanwhile, Papageno, in his loneliness, wishes that the elderly lady reappears and promises her that he will take her as his wife “as long as he doesn’t find anyone better”. She then transforms into a beautiful young girl but is taken away from him as the time has not yet come. Out of despair, Papageno wants to take his life but the three young boys remind him of the bells. The sound makes Papagena appear and both dream of a future with many children. The other couple is also happy: Tamino and Pamina, as future rulers, are accepted into the group of insiders and glorify the ideals of nature, wisdom and reason. Only the queen of the night comes to a bad ending: when she tries to enter the temple with her entourage, she is engulfed by the powers of darkness. 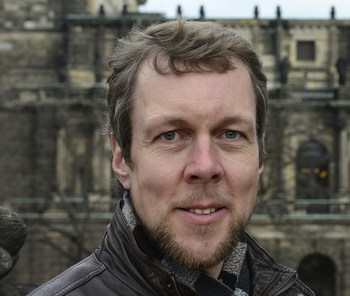 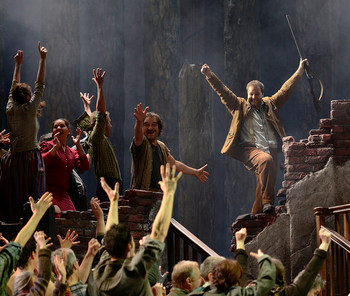