The celebrated singer Tosca lives only for art, until political intrigue suddenly disturbs her life and that of her lover, the painter Cavaradossi: When Cavaradossi hides the political refugee Angelotti, he is targeted by the unscrupulous police chief Scarpia, who has long had his eye on Tosca. To save Cavaradossi, Tosca not only has to betray Angelotti, but also give herself to Scarpia. Premiered in 1900, Puccini’s »Tosca« is practically unique in its close interweaving of political power and personal passions.

In this shortened version performed in concert, the narrative focus is on the opera’s intimate scenes, in particular the deadly three-way relationship between Tosca, Cavaradossi and Scarpia. The magnificent backdrop of the Staatskapelle concert stage is transformed into a church, in which Cavaradossi praises the beauty of his beloved and the choir sings a Te Deum; it also becomes the office of the police chief, Scarpia, where he lusts after Tosca, and she sings of her life dedicated to art and love; and finally the ramparts of the Castel Sant’Angelo, where Cavaradossi, full of despair, watches the sun rise for the last time. 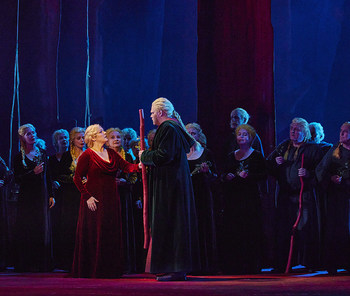 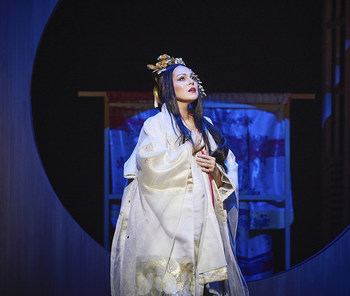