Since becoming Artistic Director of Semperoper Ballett in 2006, Aaron S. Watkin has injected fresh creative energy into the company, developing its international profile through numerous tours around the world and thereby cementing its role as a cultural ambassador. Now, under Artistic Director Peter Theiler, Aaron S. Watkin’s contract has been extended to 2023. A perfect opportunity for the two men to take a joint look at the future ...

Peter Theiler I am an opera man, so I need a ballet director I can trust. I am confident that Aaron S. Watkin brings a high level of artistic quality to all the company’s work. This was already clear to me when we met during my preparations to take over my current position. Aaron S. Watkin has been building the company for many years, ensuring a continuity that we wish to maintain and enrich. He is and remains the creative force behind Semperoper Ballett – I see myself as an enabler
of ideas.

Aaron S. Watkin I greatly appreciate the fostering of artistic autonomy under the capable hands of Peter Theiler. He is very open, is fascinated by new projects and is an admirer of ballet. This means that, through our combined courage and many new ideas, we are able to shape the future. The hard work of the past years is paying off. It is a great privilege to pursue our artistic path together.

Peter Theiler Our aim with Semperoper Ballett is to strike a balance between classical and modern choreography, thereby taking our audiences on a journey through the entire history of dance. This is precisely the unique strength of Aaron S. Watkin: In his programming he tackles the enormous diversity of dance with great rigour and deep understanding. This manifests itself not least in the way the company has been built up: The dancers are perfectly trained in the classical repertoire but are also able to interpret modern works with great expression. The company’s national as well as international reputation has grown through this flexibility and artistic excellence. Last season Semperoper Ballett made their very first, highly successful tour to Australia and Singapore!

Aaron S. Watkin While Dresden audiences have a strong connection to opera and to particular composers, in the field of dance there are some recent historical trends that still have to be explored. That is why I see it as my task to combine classical and contemporary choreographies, for example in multi-part ballet evenings. This can reveal new perspectives to the audience and show how these various currents build on each other and are interrelated. Semperoper Ballett gives me the opportunity to honour tradition as well as to experiment and create something entirely new.

Peter Theiler This season’s programme features two very special premieres. In keeping with the great history of Strauss premieres at our house his »Four Last Songs« will be interpreted for the first time through dance at the Semperoper in June 2020 – 70 years after his death. The world premiere of David Dawson’s choreography under the baton of Omer Meir Wellber is the concluding section of a new three-part ballet evening, which I am particularly looking forward to.

Aaron S. Watkin The dance-opera »Iphigenie auf Tauris« choreographed by Pina Bausch to the music of Christoph Willibald Gluck will celebrate its premiere in December 2019. Semperoper Ballett is only the first company to perform this piece after the Tanztheater Wuppertal. It is the fruit of a cooperative effort between, on the one hand, the Pina Bausch Foundation and the Tanztheater Wuppertal, and, on the other, our own Staatskapelle Dresden, the Saxon State Opera Chorus and singers of the opera ensemble under conductor Jonathan Darlington. In this way Mr Theiler and I are working to build bridges between opera and ballet. This work will be continued even more intensively in future programmes because … while we are the Semperoper Ballett, we are also the Semperoper. 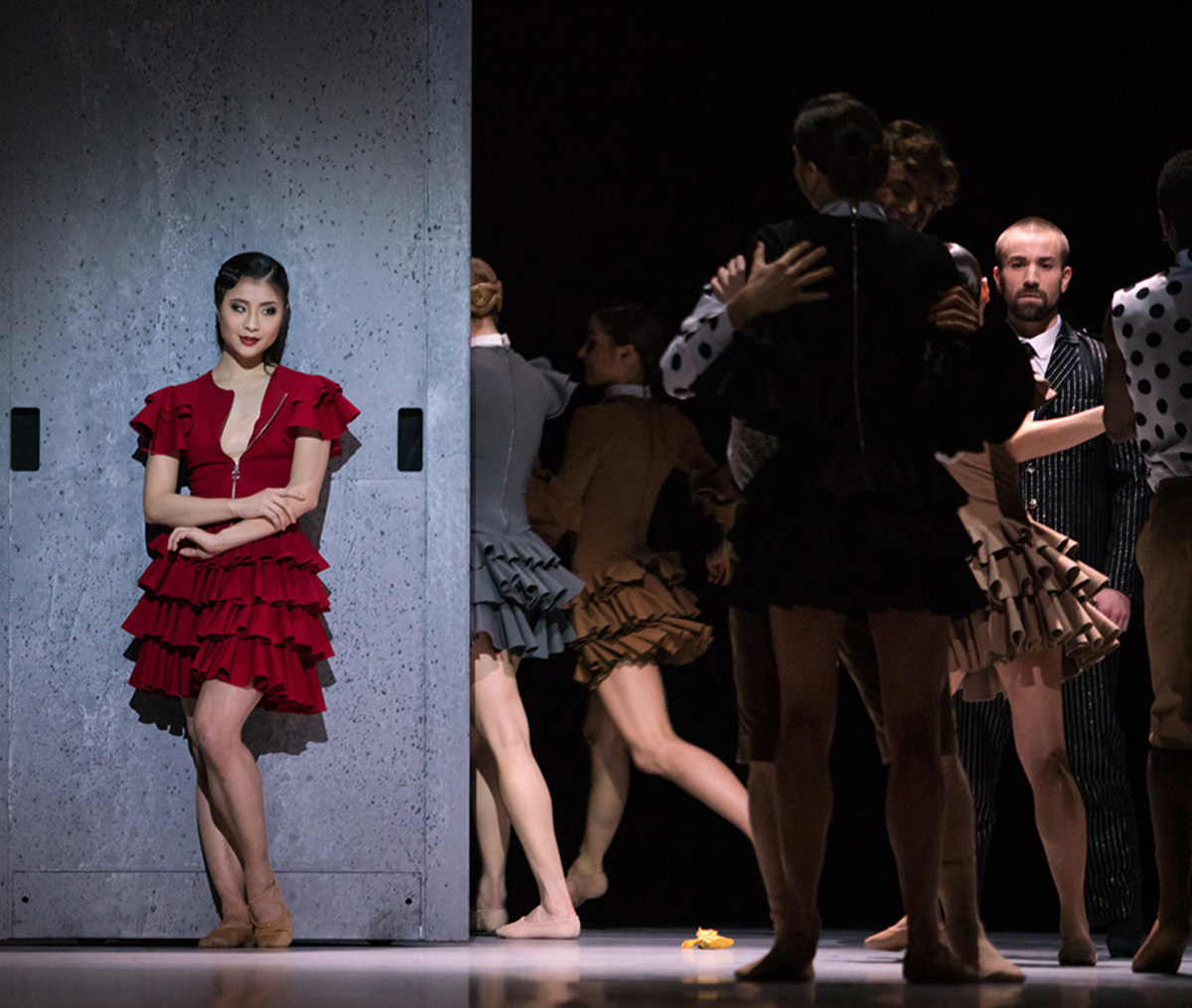 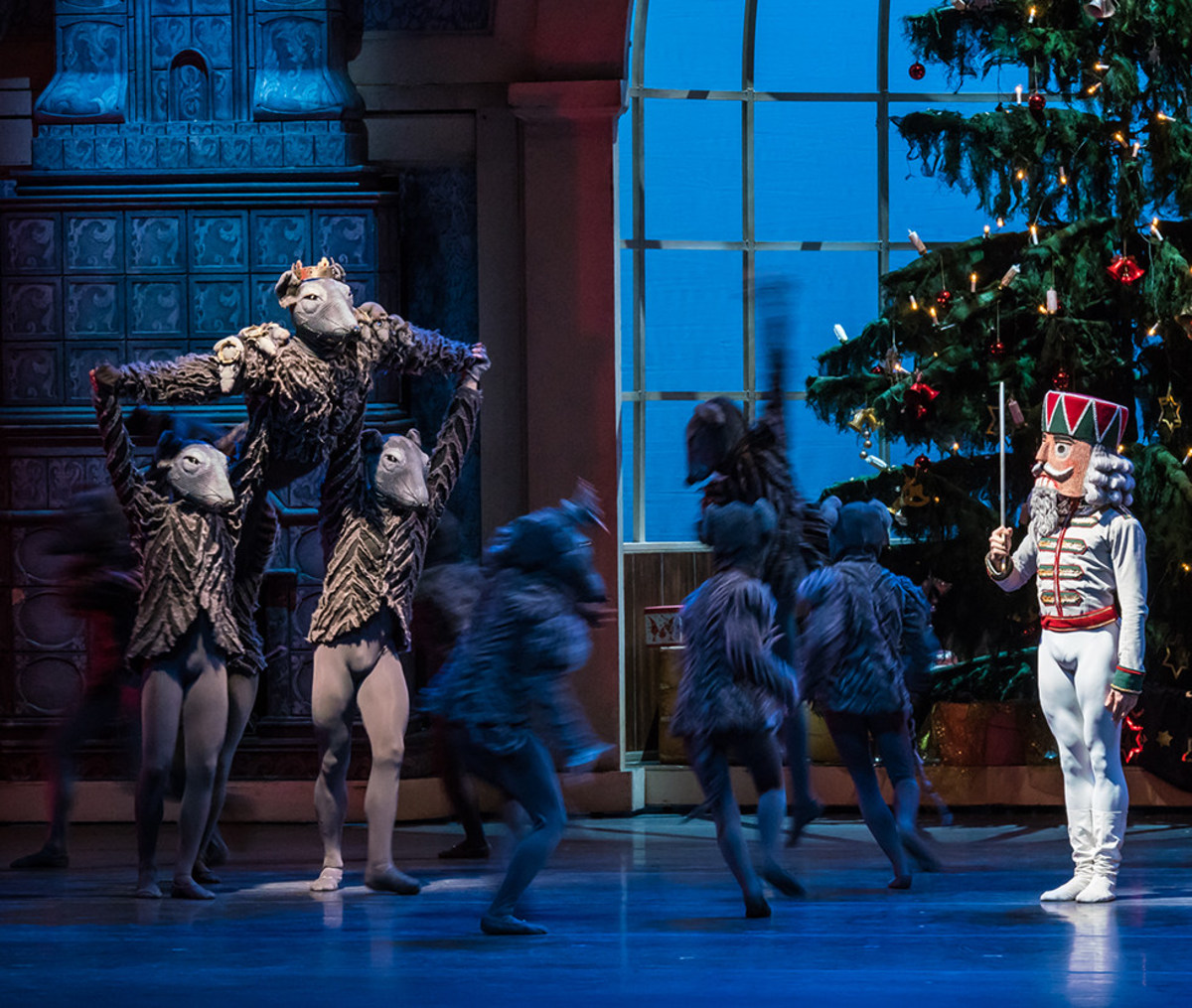 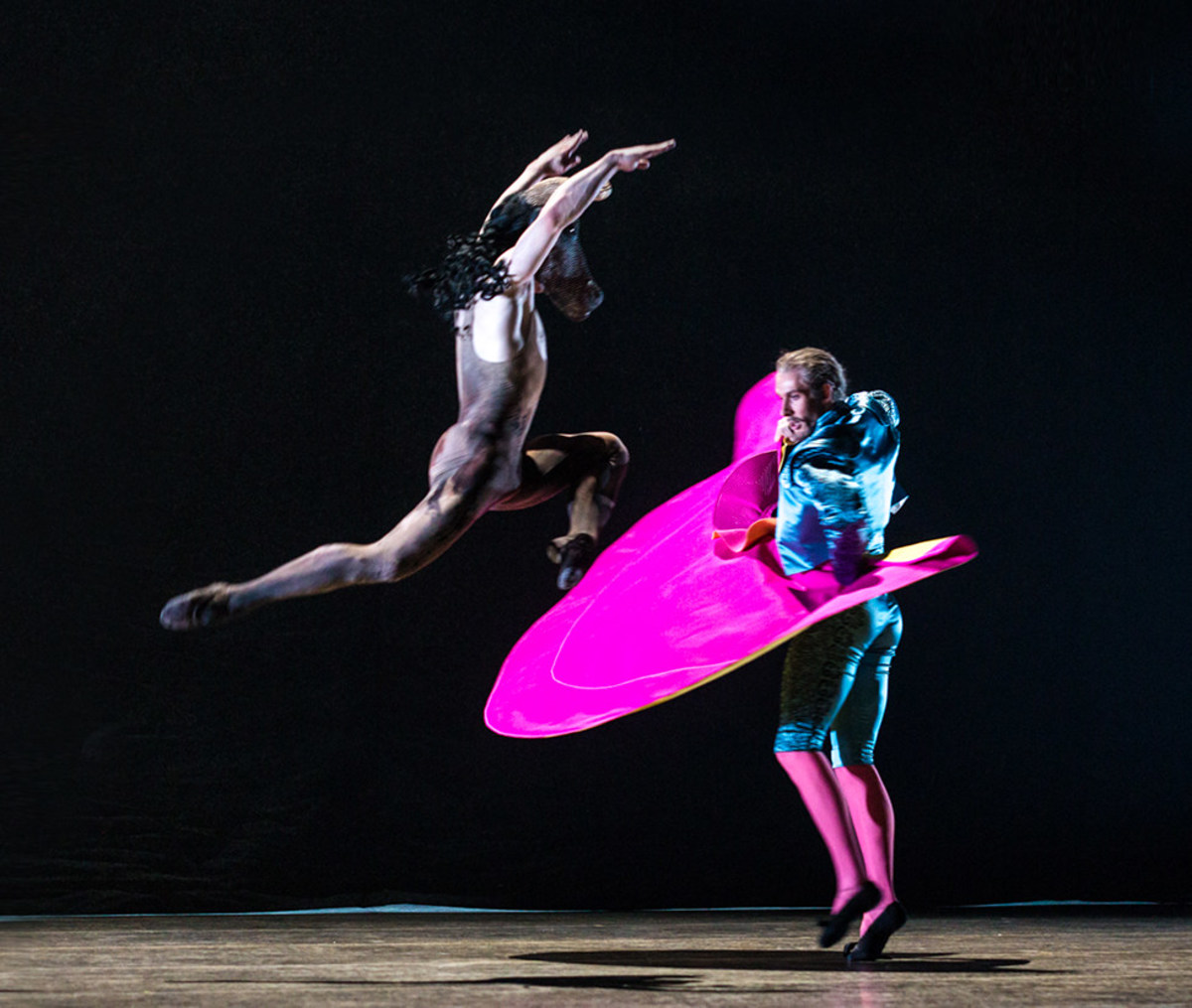 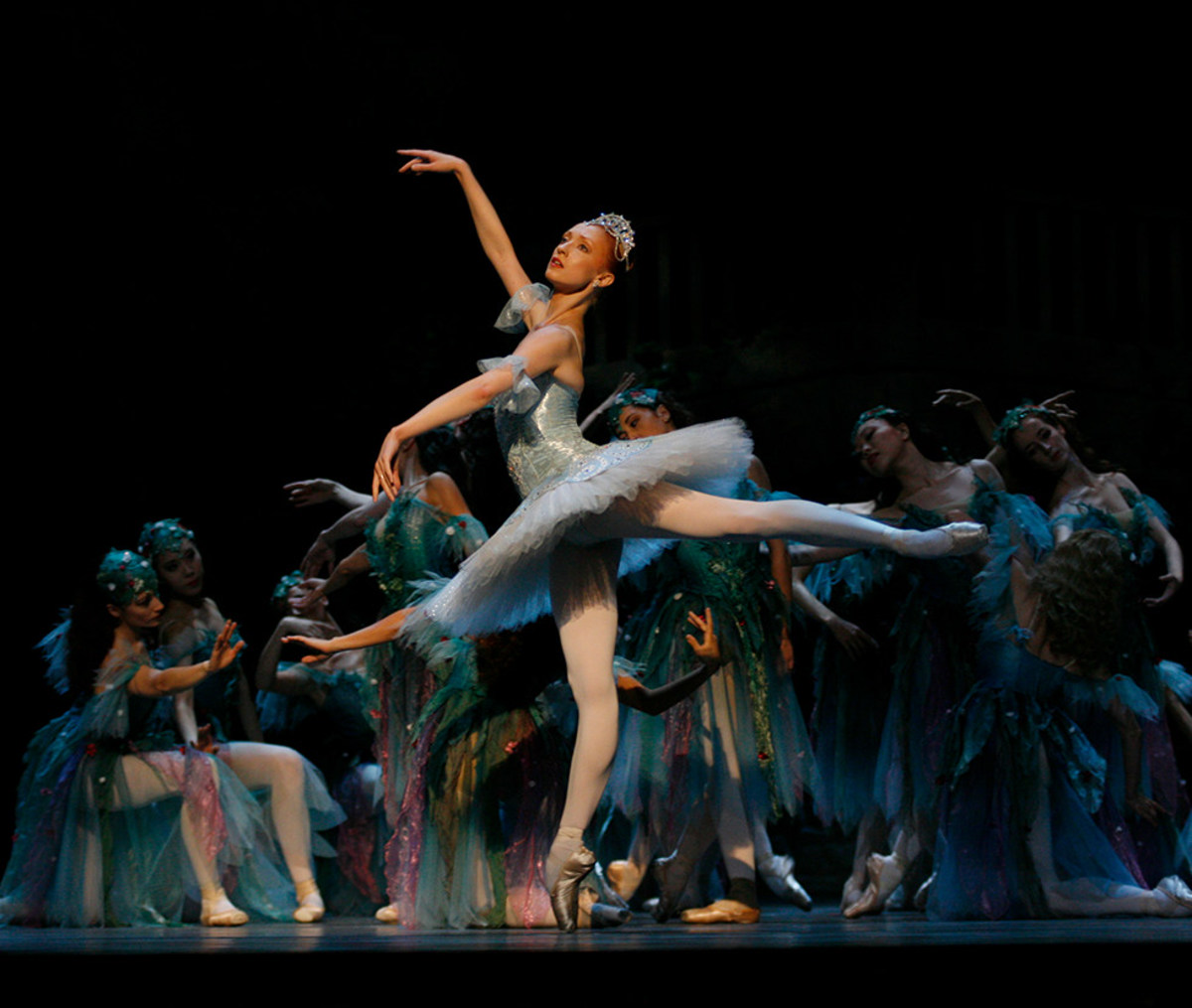 Music by Pjotr I. Tschaikowsky 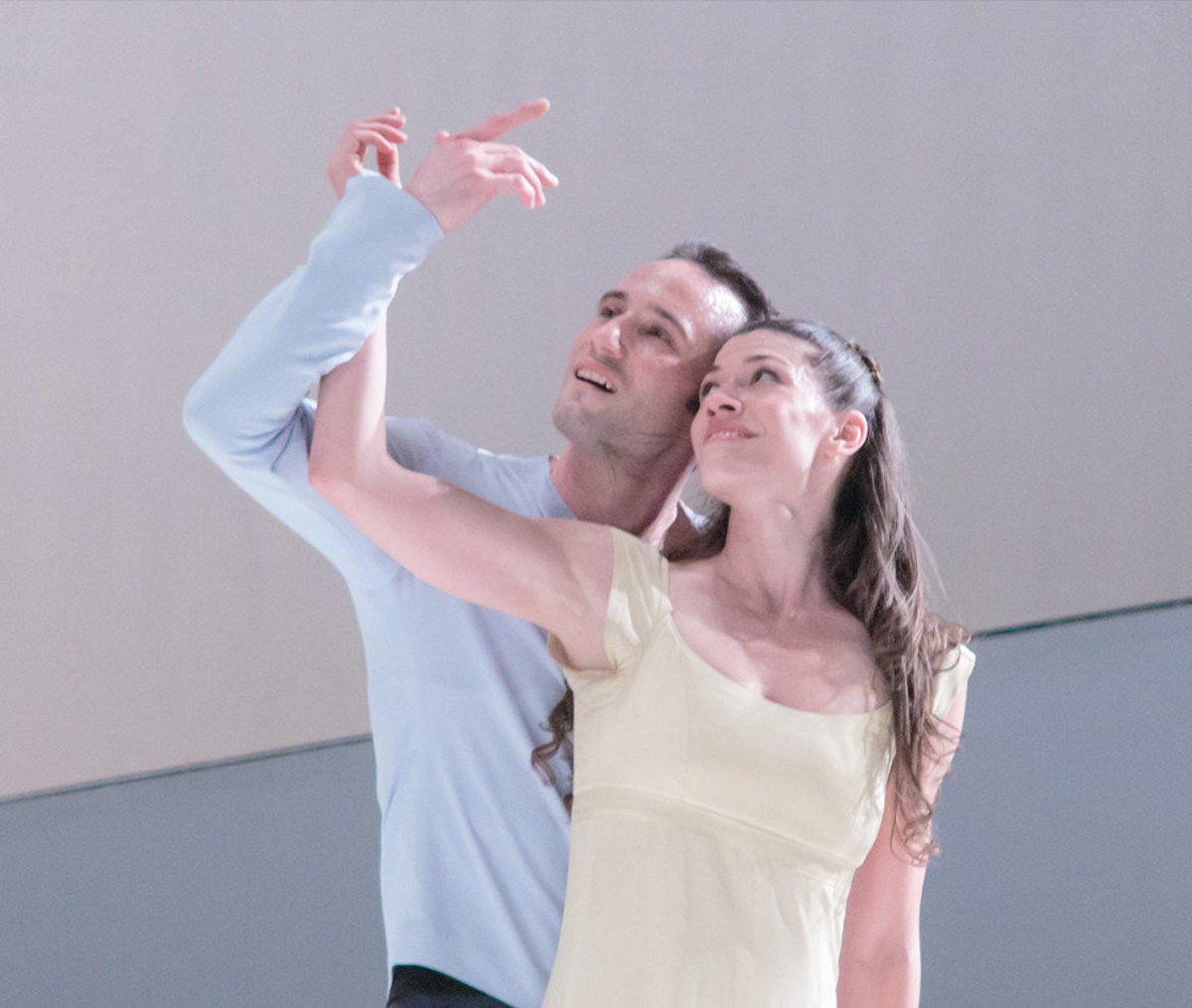 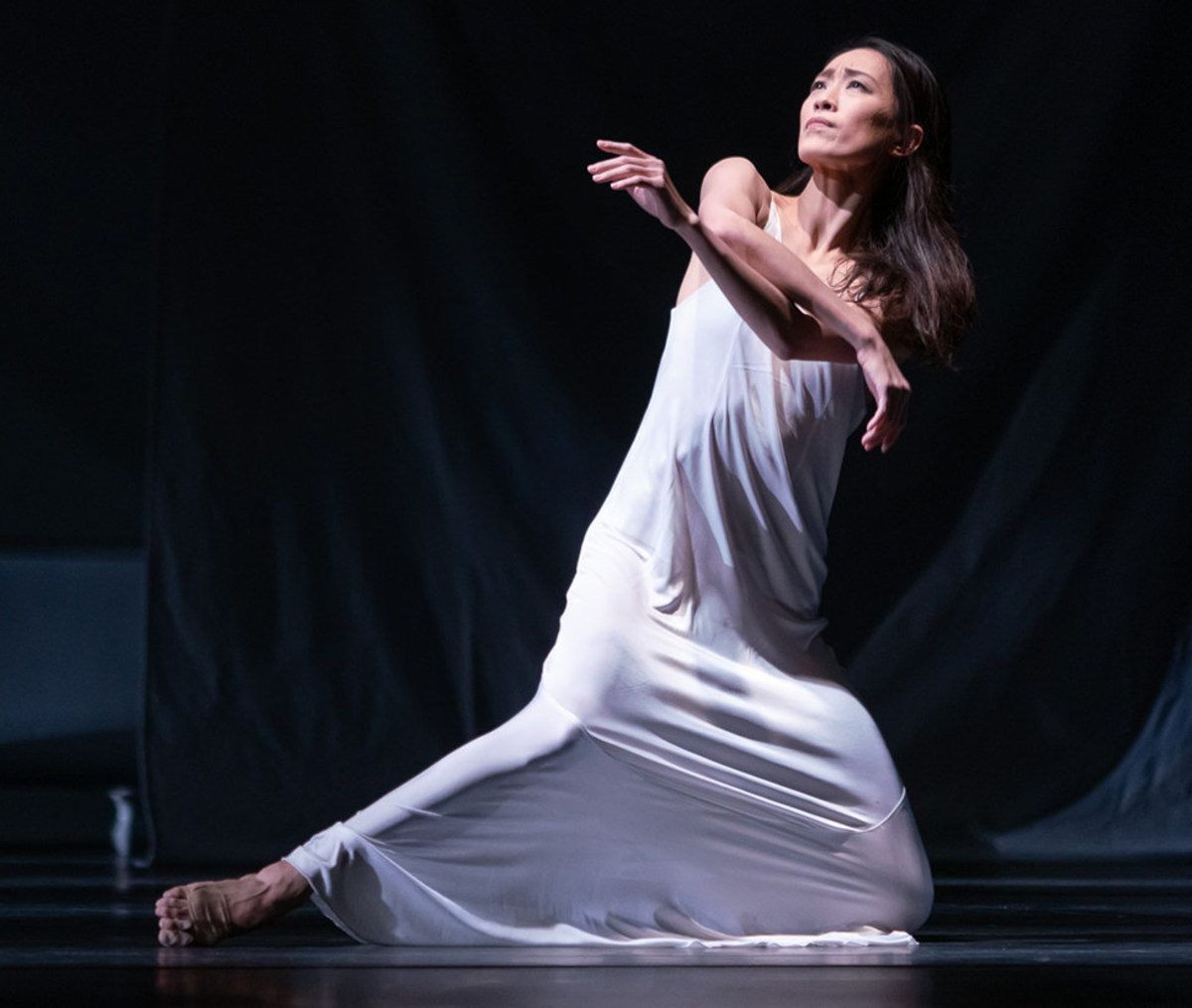 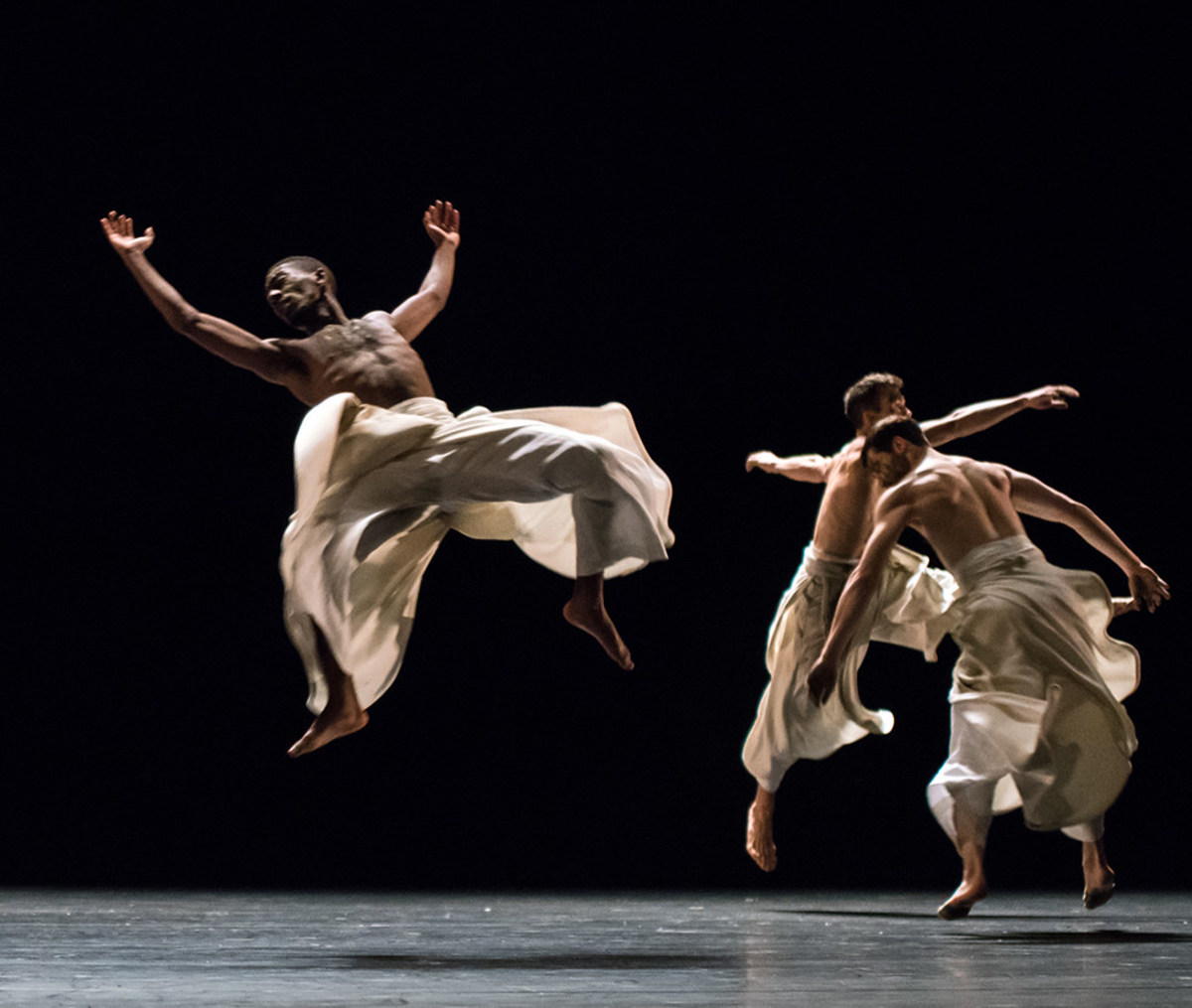 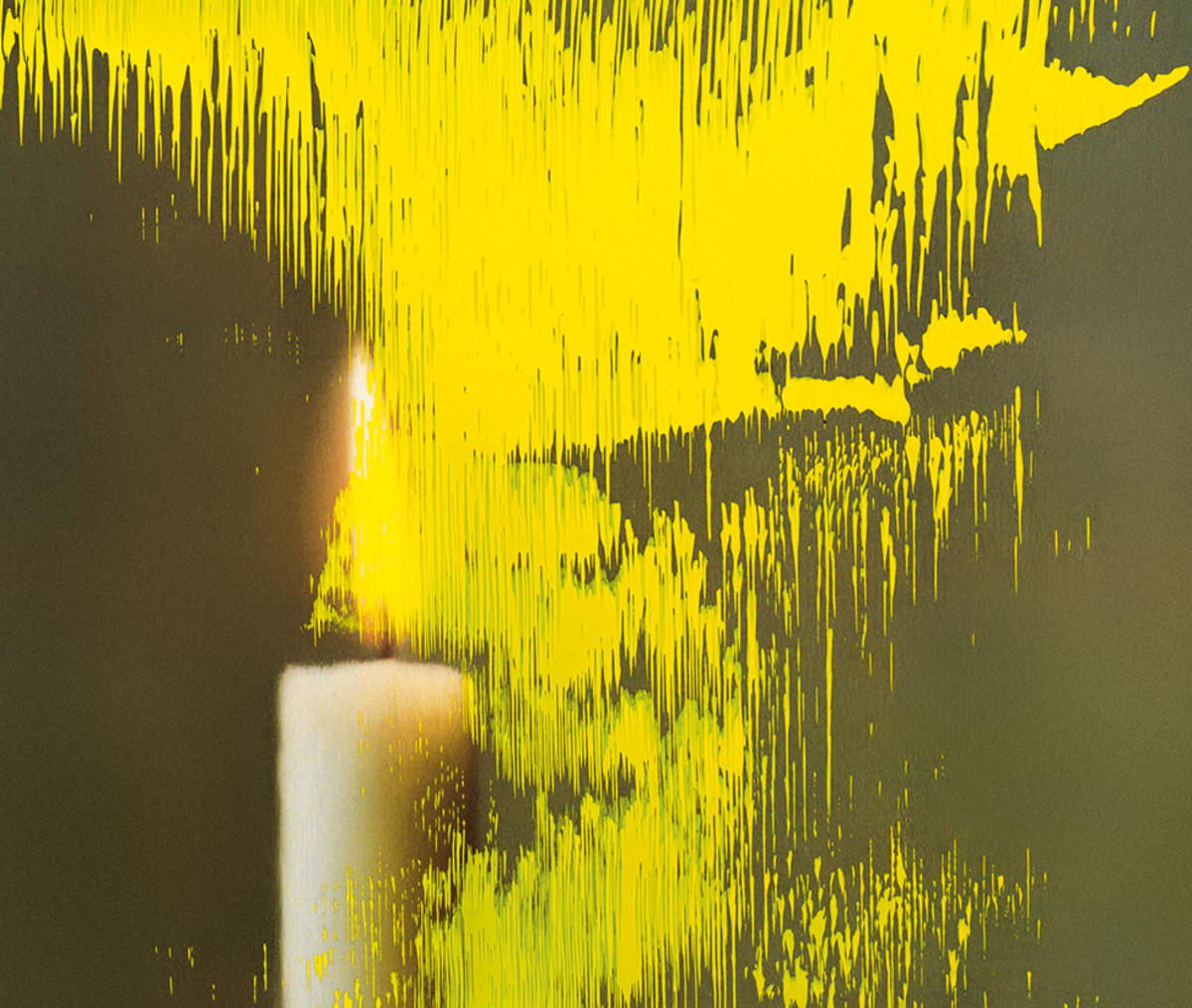 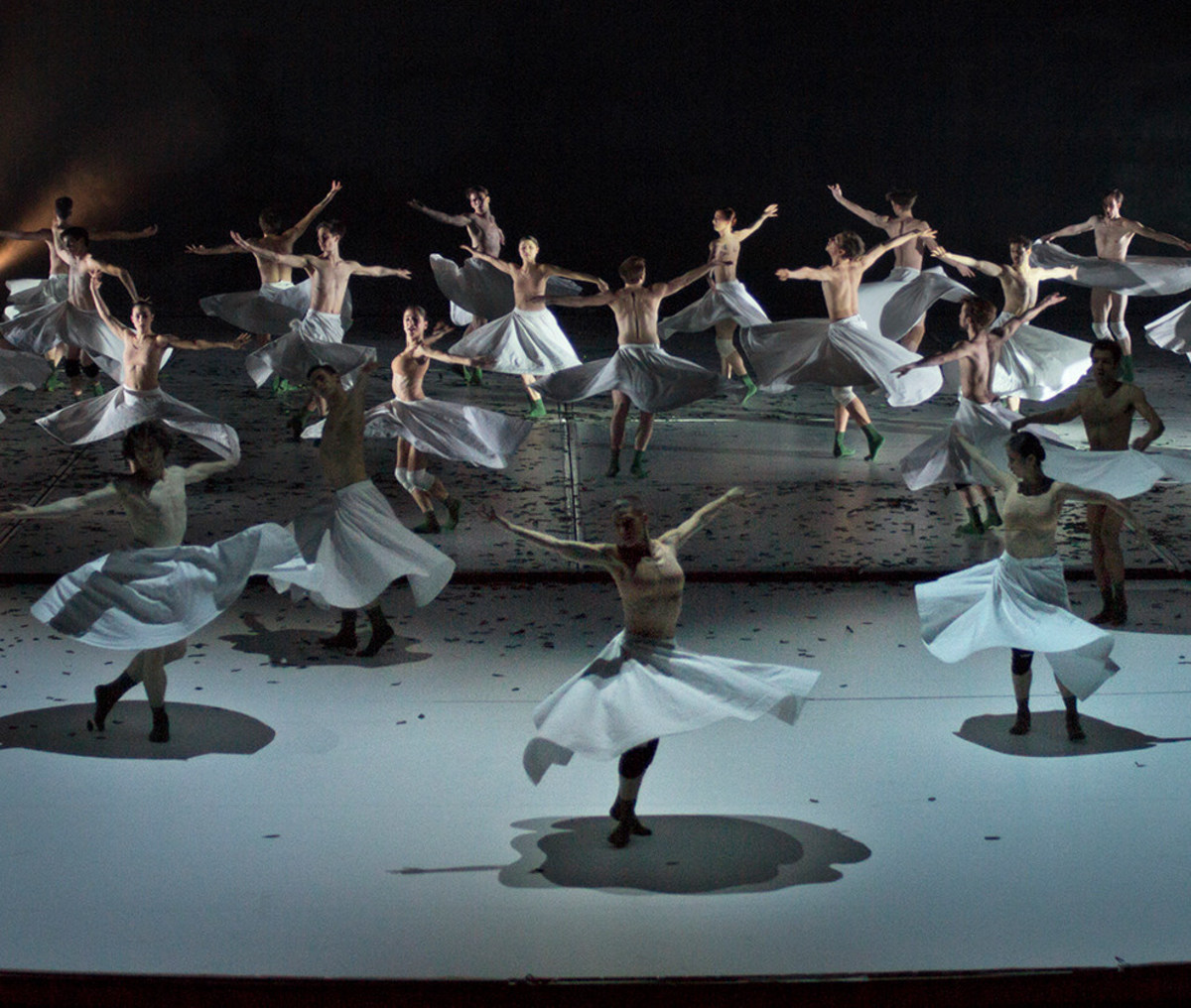 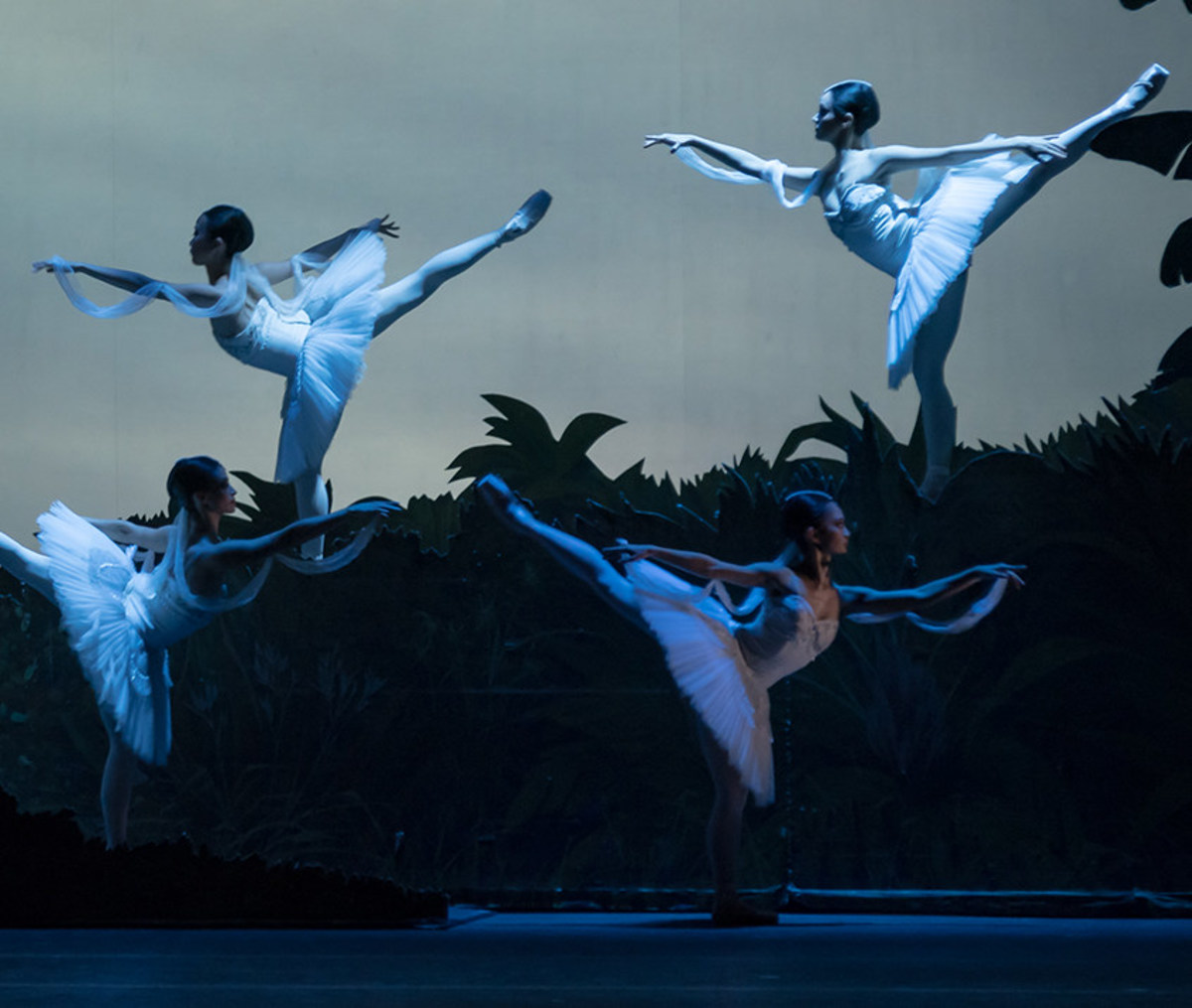 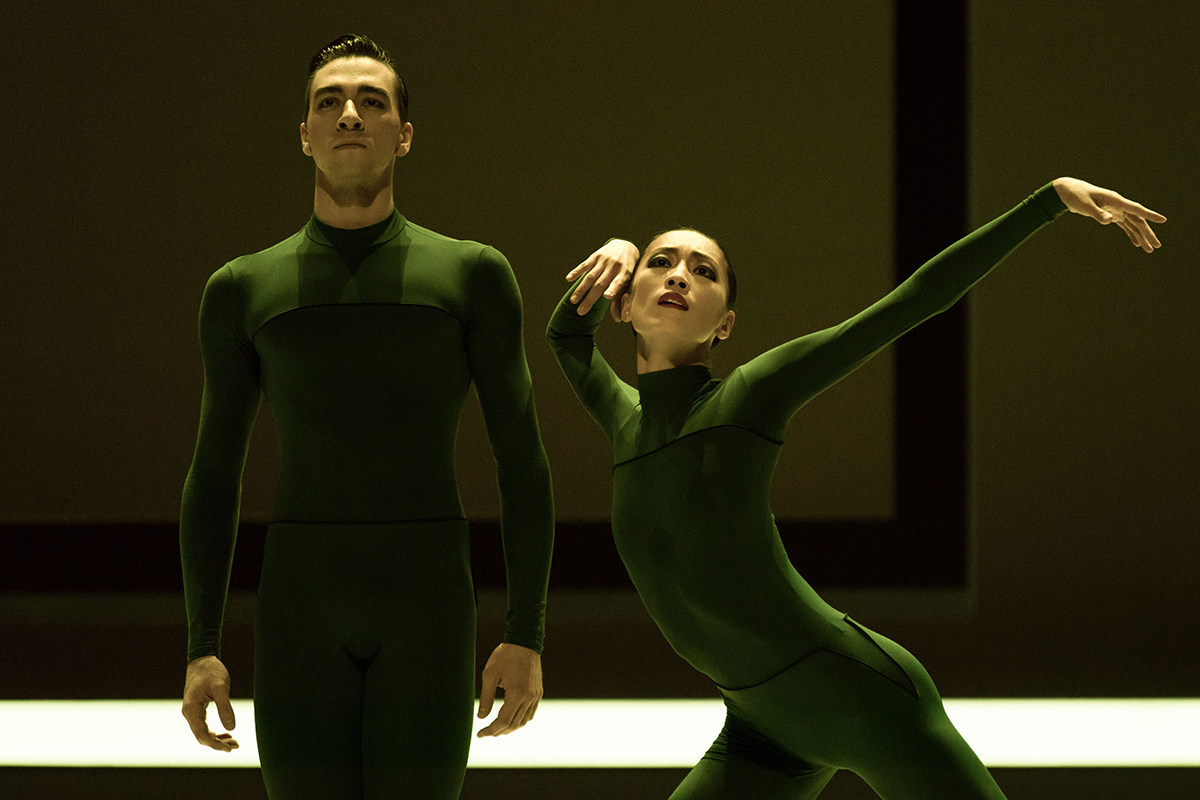 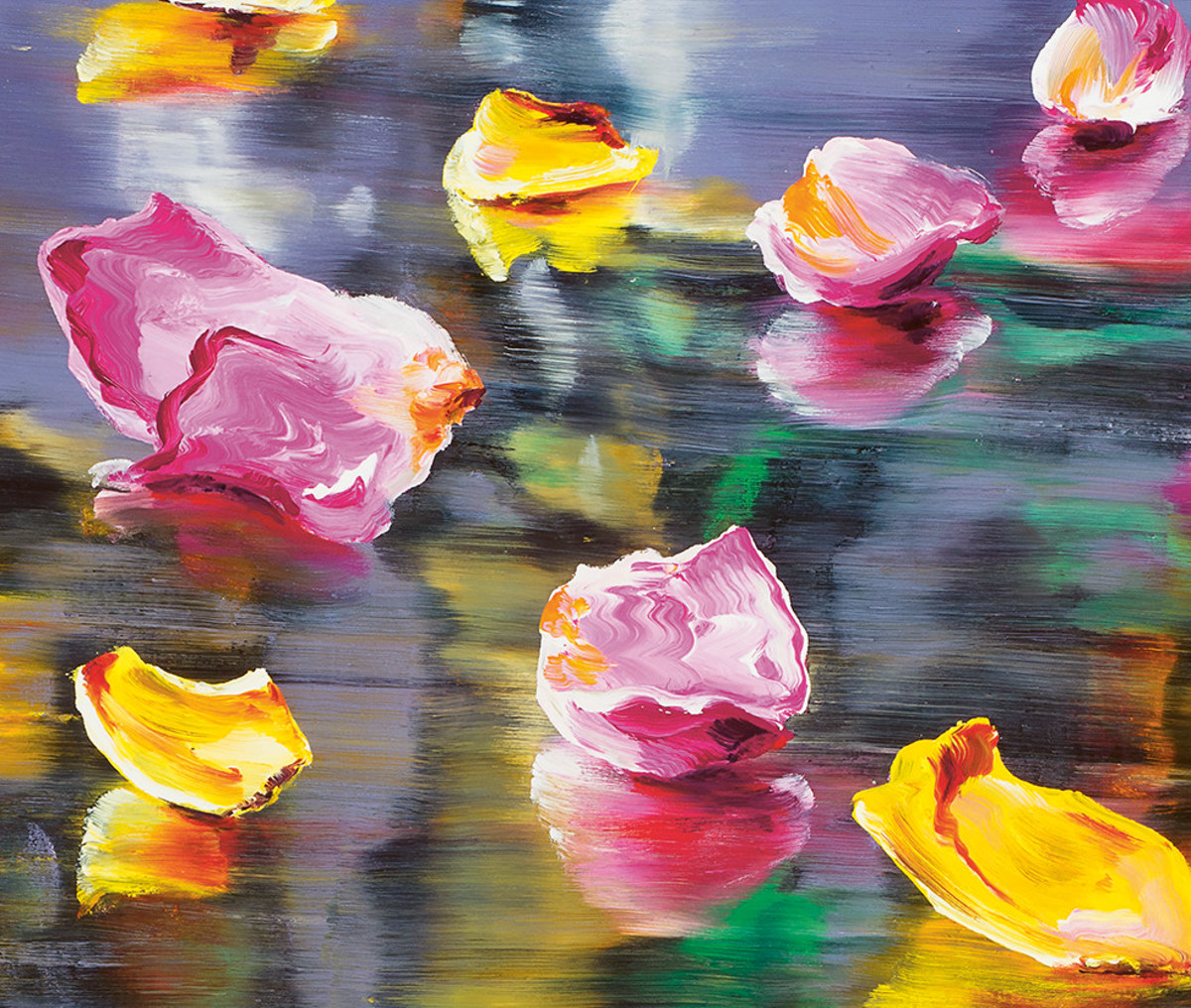 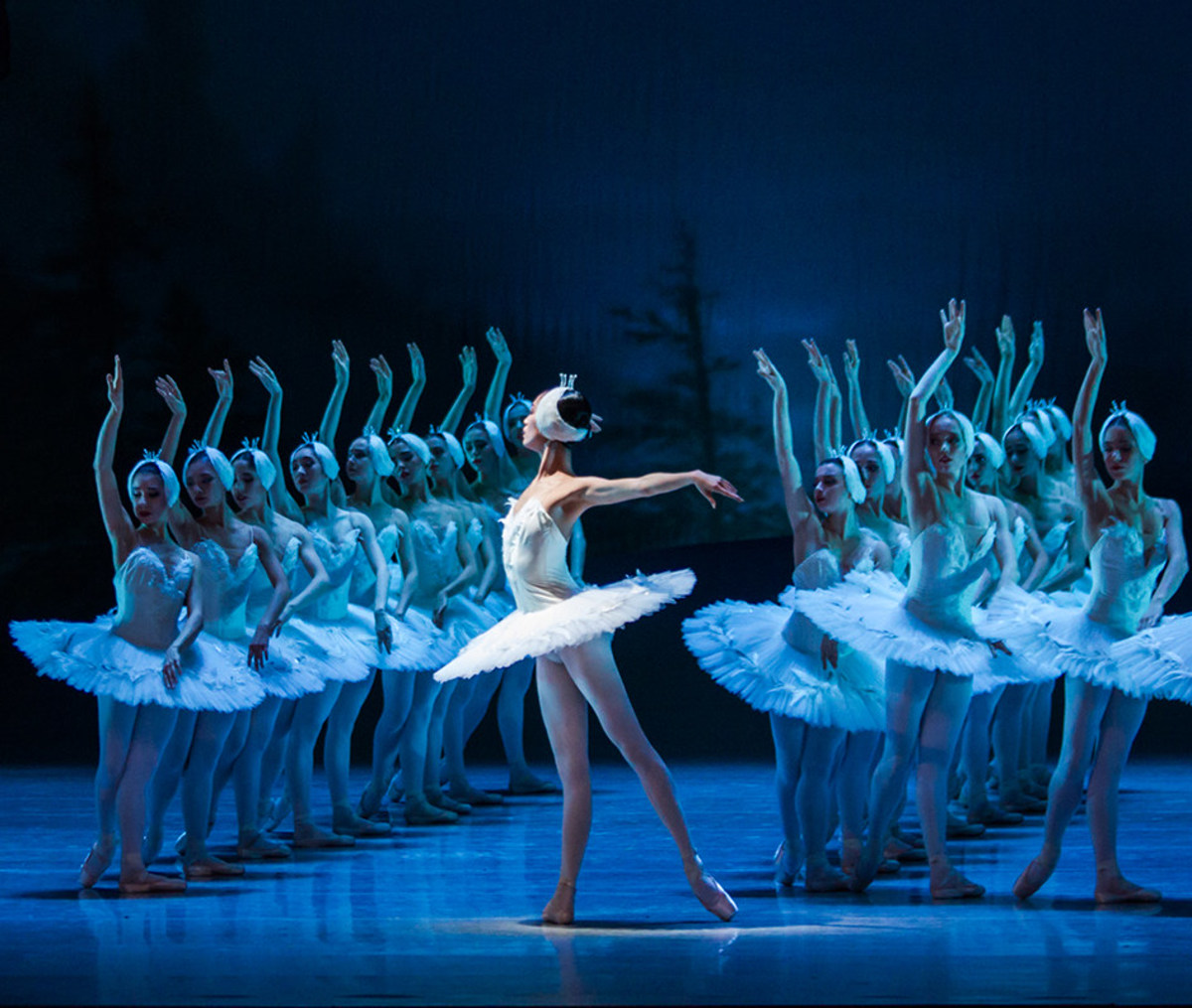 The international artistic team and dancers making up Semperoper Ballett ensure the company’s brilliant reputation both in Dresden and around the world.

Replacements of the current season

Our current guest performances take us to Australia and Singapore for the first time.

The Semperoper Ballet will present three performances at Sadler's Wells Theatre in London from 21st to the 23rd of June.

Already for the fifth time the Semperoper Ballett is represented at the »Dance Salad Festival« in Houston/Texas.

During the 2017/18 season there will be two exciting guest appearances at once - first in New York, then in Ottawa.

The Semperoper Ballet starts the new year with a tour to the Opéra National de Paris.

From 25th September to October 2nd, a small delegation from our company followed the Goethe-Institut's invitation to Johannesburg/South Africa and Nairobi/Kenya.

The last tour for this season, which takes us to beautiful Sweden and Gothenburg, started at noon today! There we will show three performances of Stijn Celis' »Romeo and Juliet«.

This time we are guests at the deSingel Theater in Antwerp with three performances of Forsythe's rousing »Impressing the Czar«.

Already in 2013 the Semperoper Ballett was a part of the ballet festival »Dance Open«; all the more we are happy to be able to dance again in St. Petersburg. On stage will be »Tanzsuite« by Alexei Ratmansky, Pontus Lidberg's »Im anderen Raum« and Alexader Ekman's »Cacti«.

On five evenings we will participate in »From black to blue« by Mats Ek at the Théâtre des Champs-Élysées. We are very happy to take part in his farewell evening.

Tomorrow we will celebrate the premiere of our tour program »A William Forsythe Ballet Evening« at deSingel Kulturcampus.

This time our destination: The Gran Teatre del Liceu. As on the last three tours, we will dance a William Forsythe program.

On three evenings next week we will perform with our slightly modified program »Ein William Forsythe Ballettabend« at the Théâtre de la Ville.

We will perform in the Festspielhaus St. Pölten, which is considered the most striking contemporary theatre and a leader in the field of dialogue between tradition and modernity. Our programme »Ein William Forsythe Ballettabend« fits perfectly with the modern architecture of the theatre.

After a grandiose performance at the »Dance Salad Festival« in Houston, he was invited to the eleventh »Fall for Dance« festival in New York.

Friends of the Semperoper Ballett