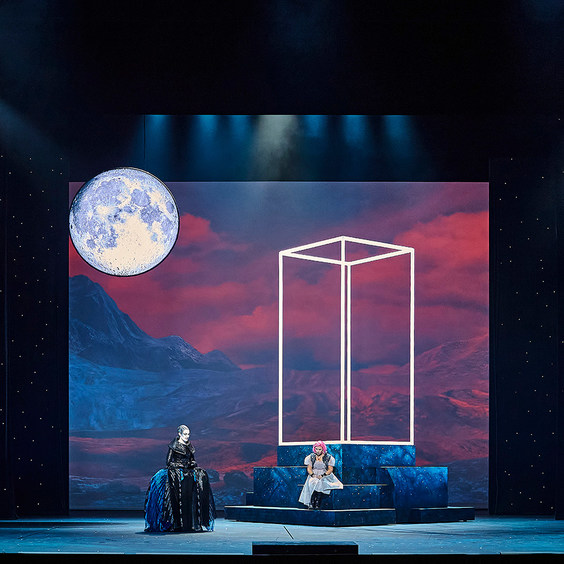 Since Easter Monday, the Semperoper invites its audience members to attend a virtual performance of Mozart’s »The Magic Flute«. A recording of Dresden’s latest opera production can be viewed free of charge on semperoper.de and arte.tv/opera.

The recording will feature a star-studded roster of singers including René Pape, Klaus Florian Vogt and Nikola Hillebrand (who made her role debut as the Queen of the Night at the premiere performance), conducted by Christoph Gedschold from the rostrum of the Dresden Staatskapelle. In his production for the Semperoper, Josef E. Köpplinger, stage director and head of Munich’s Gärtnerplatztheater, interprets the elaborate Singspiel as a coming-of-age story. Heightened by the visionary and dreamlike images of set designer Walter Vogelweider, viewers can enjoy a psychologically driven story of intergenerational change which leaves ample room for the fairy-tale magic of Mozart’s opera.

The project has been made possible by the extraordinary support of the Semperoper Foundation. ARMIDA FILM GmbH Leipzig filmed the production, intended as a contribution to the European opera season »Saison ARTE Opera«, on behalf of the Semperoper Dresden.

Peter Theiler points out that this recording also demonstrates the Semperoper’s ongoing commitment and willingness to work with its artists to realise its ambitions as energetically as possible despite the restrictions imposed by Covid-19. Complementing the Semperoper’s other online activities, the opera streaming announced for Easter sends a message via all available media formats that »we are ready to offer our audience a brilliant cultural programme of undiminished artistic quality«.