A comic and at the same time profound fairy tale for adults: The baker and his wife long for a child; little Hans wants his cow to give milk again; Cinderella is in dire need of a prince, as is Rapunzel; and the witch wishes to be released from a curse. They all enter the forest, where wishes are supposed to be granted and evil curses lifted. But the deeper the fairy tale characters get lost in the dark forest, the clearer it becomes that some wishes are better off not coming true. – »Into the Woods« is a hilarious musical fairy tale by Stephen Sondheim, which premiered on Broadway in 1987. With over 700 performances, it became one of his greatest hits. The lyricist and composer Sondheim has a unique place in American musical theatre. His works are characterised by intelligent and surprising plots as well as witty language and many allusions to other composers.

Act 1
The baker and his wife are longing for a child. But their neighbor, the witch, has put a curse on the couple because the baker’s father once stole six magic beans from her garden. To break the curse, they have to bring four ingredients for the witch’s magic potion: a cow as white as milk, a cape as red as blood, hair as yellow as corn, and a slipper as pure as gold. The baker and his wife go into the forest to search. And lo and behold!, in the forest they meet the boy Hans with his cow Milky White, Little Red Riding Hood with her red cape, Rapunzel with her yellow hair, and Cinderella with a golden slipper. It could all be so simple if each of the fairy tale characters in the forest didn’t follow their very own stories.

Act 2
The witch’s curse is removed, but now a new difficulty looms: the magic beans that the baker inherited from his father have become a giant beanstalk, from which a giant descends. Little Hans kills the giant and in so doing only provokes new trouble: the giant's wife is bent on avenging the death of her husband. She destroys large parts of the fairy tale forest and kills both the baker's wife and Little Red Riding Hood’s grandmother. The survivors finally succeed in joining forces to defeat the giantess. The baker tells his child a story: once upon a time ... 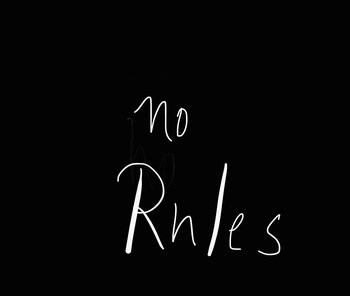 Rock musical after the film of the same name by Lloyd Kaufman. For young people from 14 years Performed in German 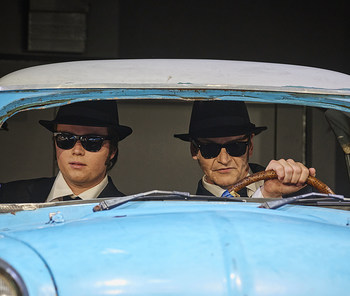 Dresden version by Manfred Weiß Performed in German and English

Cabaret-revue – A course in ten chapters Performed in German