In 1817 and already at the height of his fame, Gioachino Rossini composed an opera based on the famous Cinderella story to help launch Rome’s carnival season: Angelina, called Cenerentola, is refused permission by her stepfather Don Magnifico to join him and his daughters Tisbe and Clorinda at the Prince’s ball. But Alidoro, the Prince’s mysterious tutor, manages to secret her in, where she once again encounters the Prince’s valet, the young man who had been so clearly attracted to her in Don Magnifico’s house, and she to him. As a pledge of her affection, she gives him a bracelet – unaware that the servant is none other than the Prince himself! Rossini’s ›Semiseria‹ is bursting with wit, chattering parlando, dizzying coloratura and the purest buffo art, with here and there elements of tragedy. It is not magic or the benevolence of some high-ranking personage that finally brings about the happy end, but rather the strength and virtue of a pure heart. Italian stage director Damiano Michieletto will make his Semperoper debut with this production of »La Cenerentola«.

Act 1
Angelina is treated like a slave by her two half-sisters Clorinda and Tisbe and her stepfather, Don Magnifico, and is disparagingly called Cenerentola – Cinderella. The news that Prince Ramiro is looking for a suitable bride and also wants to invite Don Magnifico and his daughters to a ball brings everyone into a flurry of excitement. When Clorinda and Tisbe announce to Magnifico the Prince's visit, he orders them to put on their best clothes and do everything they can to win the Prince’s affections and thus put an end to the family's dire financial situation. He sends Angelina to work. For the visit Prince Ramiro has disguised himself as a servant, while his valet Dandini will play the Prince – this way the Prince will be able to watch everything undisturbed. While Dandini is courting Clorinda and Tisbe, showering them with effusive compliments, Ramiro meets the servant Angelina. The two are immediately captivated by each other. Before Ramiro is able to find out more about her, Angelina is called away by her sisters. Clorinda and Tisbe leave for the ball. Magnifico is stopped by Angelina, who begs him to let her come along at least for an hour. He pitilessly refuses and she remains behind alone. But a beggar appears, none other than the Prince's tutor Alidoro, and invites Angelina to come with him to the Prince's ball. At the ball, Dandini heaps flattery on Clorinda and Tisbe, while Magnifico, thanks to his drinking ability, is named royal cellar master. The arrival of an unknown veiled woman provokes surprise and admiration, but also jealousy. It is Angelina, who announces to those present that she will marry a man for the sake of his good heart alone. Ramiro is again captivated and filled with inexplicable hope.

Act 2
Despite the mysterious stranger, who also bears a great deal of resemblance to Angelina, Clorinda and Tisbe are certain that one of them will marry the Prince. Angelina, who is courted by Dandini, confesses to him that she loves his servant, to the great delight of Ramiro, who asks for Angelina's hand. However, she urges him to be patient. Before she hurriedly bids farewell, she hands him a bracelet, telling him that he will recognize her by its matching counterpart. He is to look for her and then decide. Ramiro now declares the game of reversed roles over and Don Magnifico and his daughters are appalled. In the meantime, Angelina has long since returned home and is thinking of her beloved. During a sudden storm, Alidoro causes Ramiro's carriage to break down near Don Magnifico’s house, forcing Magnifico to take in the Prince and Dandini. Ramiro recognizes the beloved girl in the alleged maidservant, while Angelina is shocked to discover that the supposed servant is in fact the Prince. At Ramiro's side, Angelina is finally celebrated by everyone. She can scarcely believe the turn of fortune in her life, but knows that she will forget the injustice done to her and forgive her stepfather and her sisters. 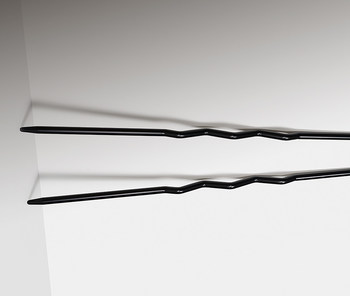 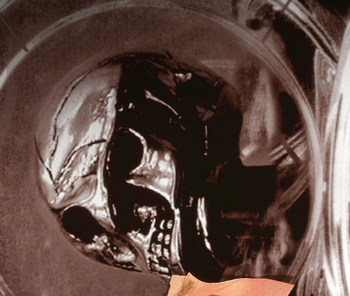