In starkly illuminated scenes of decadence, eight outrageously flamboyant guests at a night-time repast in the house of Trimalchio do not shy away from mutual humiliation. The host ruthlessly controls his guests politically, financially and sexually before, in the end, staging his own funeral. Loud, obscene and crass, but also full of life and featuring many quotations from other operas, the Italian avant-garde composer Bruno Maderna based this work, which premiered in 1973, on texts by the Roman poet Petronius. In five different languages, the protagonists cheerfully and fatalistically banter amongst themselves, threatening to abandon any last vestige of dignity. In this co-production with the Salzburg Easter Festival, director Georg Schmiedleitner interprets Maderna’s musical collage as an eccentric and scintillating party on the stage of Semper Zwei. 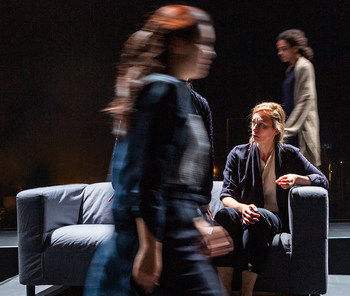