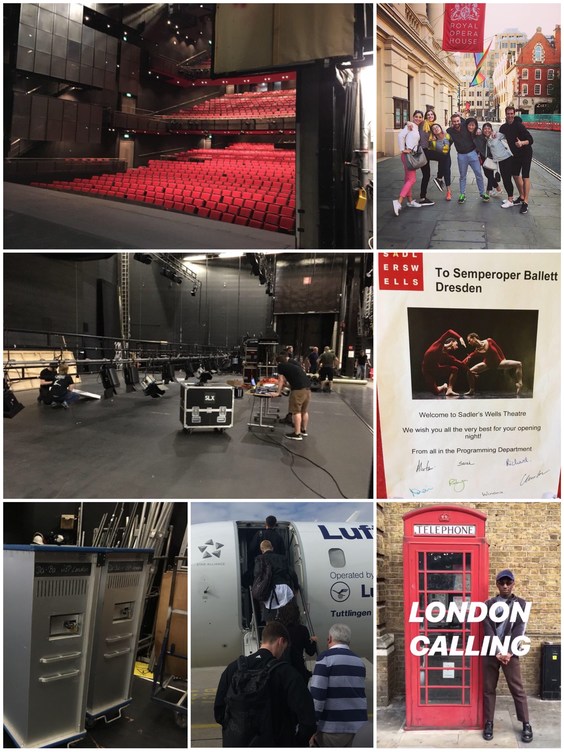 Semperoper Ballett will present itself from June 21st to 23rd at Sadler’s Wells Theatre in London with »All Forsythe«. The triple-bill combines three works by choreographer William Forsythe in one brilliant evening. The opening piece »In The Middle, Somewhat Elevated« is a devilishly great choreography from Forsythe’s narrative ballet without a plot. The second piece is a series of Pas de Deux in »New Suite« to music by Bach, Berio and Händel. Topping off the evening will be »Enemy in the Figure«, an energetic and fast choreography for eleven dancers. In the following Tour Diary, you gain first-hand information about what our company experiences during their stay in London:

One last time in this season we were packing our bags and meeting at the airport. Meanwhile in London technicians were already setting up the stage and light. After arriving in London we were happy to spend the rest of the day exploring the city. Here’s to a successful guesting! 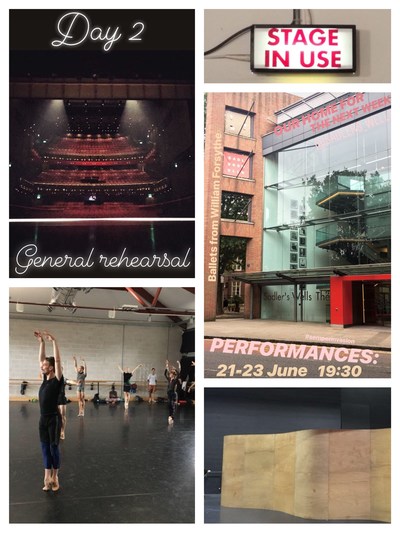 Our first full day in London – and also the last one before our first performance. After having a substantial breakfast, we were on our way to Sadler’s Wells Theatre, which is situated within walking distance from our hotel. While we were rehearsing in the studio, technicians were preparing the stage for our dress rehearsal: The wall for »Enemy in the Figure« had to be installed, more lights had to be set up, sprung floor had to be installed… After a full day of rehearsals, we dancers were allowed to step on the impressing stage for the first time. Our dress rehearsal ended late in the evening so everyone was happy to go back to the hotel and get some well-deserved sleep. 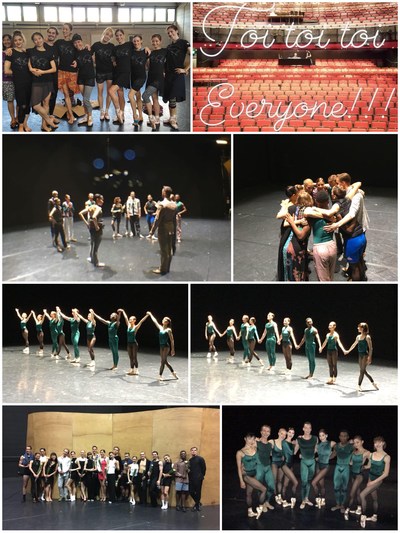 Today was the day of our first performance! However, before giving our best on stage, we had a long day ahead of us: We started our day with morning class followed by rehearsals. After a short break to relax, we had a great surprise waiting for us at the theatre: Ballettfreunde e.V. had printed special T-Shirts for our guesting, which were distributed to us and the staff. Sadly, we did not have too much time to try on our new shirts as we had to prepare for the show: make-up, warming up, dressing… The big moment approached and the curtain rose. Although we were nervous, everything went as planned. When we finished our performance, the almost sold-out house cheered, after »Enemy in the Figure« there were even standing ovations – what an amazing feeling. And a reason to celebrate. In the theatre’s foyer we came together to end this eventful day. 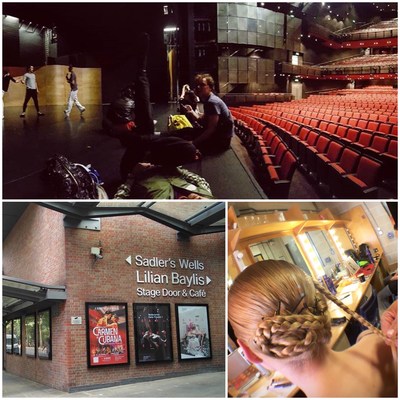 After last night’s late ending, our motto of this morning was: The show must go on. As always, we started our day with morning class.  Subsequently, we went through corrections of yesterday’s performance before we continued rehearsals. In the afternoon, some of us enjoyed our break relaxing and some of us used the time to explore beautiful London a bit more. Soon, it was time to get back to the theatre, where we prepared for round two of »All Forsythe«. After a successful second show, we were happy to celebrate a nice get together with the members of Stiftung Semperoper – Förderstiftung, who were visiting us in London for our second performance. 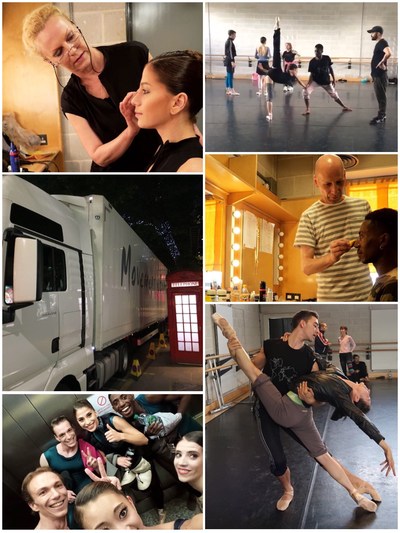 Finish line in sight: Today our last performance at Sadler’s Wells Theatre was on the schedule. Like in the last few days, we started our day with morning class and pursued with corrections and rehearsals. One last time we spent our lunch break in breathtaking London before we went to our make-up appointments and warm-up. We enjoyed our last show to the absolute fullest! While we celebrated the successful guest performances, work just started for our technicians: Everything had to be dismantled and packed into a container.

It’s time to head back home! A little bit sleepy, we all met in front of the hotel this morning and were brought to the airport Heathrow by bus. After a stop off in Munich, we arrived in Dresden. Ahead of us are two free days in which we can gain back some strength. We will continue with two shows of »100°C« and preparations before we then set off to a well-deserved summer break. See you very soon!