Giuseppe Verdi’s »Aida«, which premiered in 1871 in the newly built opera house in Cairo, is not only a core work of the operatic repertoire: it is also closely tied to our view of ancient Egypt, to the monumentality of arena performances, to star singers and, of course, to the »eternal competition« between those two opera giants of the 19th century, Richard Wagner and Giuseppe Verdi. The symposium »Aida, Verdi and Dresden«, with which the Semperoper is continuing its cooperation with Dresden Municipal Libraries, explores these questions while also examining the significance of Dresden for the so-called »Verdi Renaissance«, specifically through the collaboration of Franz Werfel and Fritz Busch. The list of speakers and discussion partners will include the eminent Egyptologist and cultural studies scholar Jan Assmann as well as Christian Thielemann.

This free event is explicitly aimed at interested members of the public and includes a special programme for families.

The complete programme will be announced in due course. 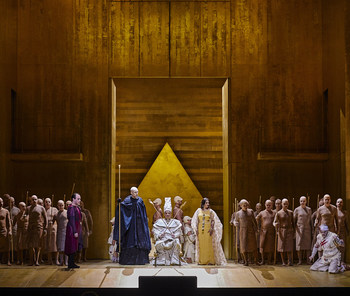