»A man from La Mancha and his dream of Doña Dulcinea«: Setting off into the unknown in order to find oneself at the end of a long journey: That is the great theme of Miguel de Cervantes’ chivalric novel »Don Quixote« from 1605. This story of the Spanish knight »with the sad countenance«, who, together with his friend Sancho Pansa, embarks on a dangerous journey to win the hand of the beautiful Dulcinea, was first produced as a ballet in 1869. In this choreography by Marius Petipa accompanied by the music of Ludwig Minkus, the eponymous hero first enters a world of dreams before embarking on a real journey of adventure, always in search of his ideal woman, Dulcinea. In 2016 Aaron S. Watkin reimagined the trials and tribulations of the hapless knight for the Semperoper Ballett by drawing on Petipa’s model and making some musical additions. Closely following the literary origins, this is a work alive with dazzling Spanish colour and dreamlike images.

A welding factory in late 1950’s Castilla-La Mancha, Spain. Aldonza, daughter of the factory owner Señor Lorenzo has a clandestine relationship with Miguel Basilio, a welder and successful young torero. Today she will accompany him to his bullfight. Alonso Quixano, an older welder is secretly infatuated with Aldonza. Each evening Alonso and his adoring apprentice Juanita, escape into a world of fantasy reading his favourite book The Tales of Cervantes. They set off on adventures as the knight Don Quixote and as his squire Sancha Panza, guided by Doña Dulcinea del Toboso, a divine vision of perfection who inspires him to imaginary acts of heroism.
In tonight’s adventure, Doña Dulcinea transports him in a dream to the Gran Corrida where the victorious torero Miguel has just killed the bull. Aldonza and Miguel meet secretly for a romantic rendezvous. Don Quixote, jealous of Miguel and desperate to impress Aldonza, reimagines the bullfight with himself as the successful torero. He proclaims his adoration of Aldonza, who he sees as the earthly embodiment of Doña Dulcinea. Aldonza reciprocates showing her deep respect for him. Doña Dulcinea warns Don Quixote that he is misinterpreting this dream and implores him simply to observe to understand it’s true meaning. He is shocked to discover that the dead bull is in fact the Minotaur Miguel. To his great disappointment Aldonza is heartbroken by his death. Doña Dulcinea resurrects Miguel and he and Aldonza declare their undying love for each other. Don Quixote realizes that he will never have Aldonza’s heart. Doña Dulcinea leads Don Quixote back to the world of reality.
The next morning Miguel finds Alonso asleep wearing one of his torero suits that he has ruined and become very angry with him. Aldonza tries to calm Miguel down as Señor Lorenzo arrives. Aldonza finally confesses her love for Miguel to her father, who replies that he will never permit her to marry one of his workers. Seeing no other solution, they decide to elope. Señor Lorenzo sees Alonzo as the root of this problem, firing him on the spot. When Juanita tries to protest she too is fired and both are thrown out of the factory.

In search of a more peaceful existence, Alonso sets out on a real adventure as Don Quixote with Juanita as his Sancha Panza. Travelling through the countryside of Castilla-La Mancha, they meet a shepherd and just when Don Quixote believes he has found happiness in this simple life, the shepherd robs them. Their next adventure leads them to a gypsy camp beside a windmill where a puppet show takes place. Juanita is coerced into performing in the play, but when the gypsies start to get rough with her, Don Quixote comes to her rescue. Whilst fighting off the gypsies, he starts hallucinating and attacks the windmill believing it to be a giant. Overwhelmed by the gypsies, Don Quixote and Juanita are stuffed into sacks and transported to an unknown place. Freed from their sacks by a passing postman, they discover that they are back in the old welding factory that Senor Lorenzo was forced to give up due to financial problems and is now a storage warehouse. Alone together in the cold, empty space, Alonso finally acknowledges the strong feelings that he has developed for Juanita. The postman delivers a suitcase to Alonso, which they open and find to be full of jewels that he has inherited from a distant relative. Alonso is unimpressed but Juanita convinces him that this is an opportunity to buy the warehouse from Señor Lorenzo, reopen the welding factory, and rehire the old welders. Hearing the news, Miguel and Aldonza return and they are reunited with her father again. Señor Lorenzo declares a big celebration in the Plaza del Toros in honour of Alonso and this incredible day.
Doña Dulcinea invites Alonso to join her on a new adventure, but he declines. He realises that everything is now as it should be. No longer driven to search for his Dulcinea either in a dream or reality, he is finally at peace with himself. 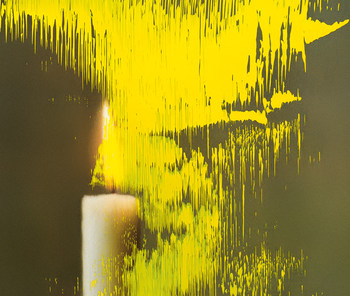