The title of this ballet was defined in 19th century France and originated from the Eurocentric view of ›oriental‹ temple dancers. However, the term ›bayadère‹, did not distinguish between dancers who performed in the context of entertainment and devadasis (servants of God). Due to the setting of the plot in the »exotic« subject, its dramaturgical structure as well as the opulently designed and technically versatile stage fairy-tale, the action ballet »La Bayadère« (1877), created by Marius Petipa and Ludwig Minkus, is considered a »grand spectacle«: committed to the spirit of romanticism, it tells the fantastic and tragic love story between the temple dancer Nikjia, who – contrary to her religious obligations – has given her heart to the warrior Solor, who is, however, promised to another woman, so that the couple can only find a happy ending in a parallel dream world.

ACT 1
In front of a temple

Solor, a rich and famous warrior, wants to give a tiger to the powerful Rajah of the land and sends his closest companion Ekavir with his warriors on the hunt. Left alone, he asks the fakir Madhavan to meet the temple dancer Nikiya. They are interrupted by the arrival of the High Brahmin Kanj, who tells Madhavan to prepare the ceremonies in honour of the Sacred Fire. The devadasis appear, among them Nikiya, the most moral of the temple dancers. Kanj has been overwhelmed by her beauty for a long period of time and confesses his love for her. However, conscious of her divine duties, she rejects Kanji and, thus, deeply offends him. In the meantime, Madhavan, manages to deliver Solor’s message to Nikiya and she agrees to meet the warrior. In front of the sacred fire, Nikiya and Solor swear eternal love to each other. Kanj, who has been secretly observing the couple with jealousy, seeks revenge.

At the palace
With great celebrations, Rajah and Rani Dugmanta announce the upcoming wedding between their daughter Hamsatti and Solor. Kanj appears unexpectedly and informs the Rajah about the vow of love between Solor and the Bayadère Nikiya. Enraged, the ruler does not order Solor’s death, as Kanj had intended: instead of this, Nikiya is to die so as not to jeopardise the marriage of the couple who has been promised since childhood. Hamsatti, who is secretly listening to the conversation, sends for Nikiya. With precious jewel gifts, she tries to win the dancer's sympathy – in vain. For this reason, Hamsatti confronts Nikiya about the impending wedding. Almost mad about what she has just heard, the bayadère lunges at Hamsatti with a dagger, but ultimately flees in deep horror at what she has done. Hamsatti, however, is absolutely determined to put an end to Nikiya’s life.

The Engagement Ceremony of Hamsatti and Solor
In the palace garden, the engagement of Hamsatti and Solor is celebrated. Kanj makes Nikiya dance at the celebration. However, she deeply believes in Solor's love and expresses her bottomless sadness in her dance. A basket of flowers, supposedly sent by Solor, is presented to Nikija, who now hopes for reconciliation. However, the basket hides a fateful secret: a poisonous snake, of which the bite kills the temple dancer. Kanj quickly offers an antidote, but Solor pays no attention to Nikiya and leaves the festivities. Thus, she decides to die.

ACT 2
Solor’s Chambers
Beside himself with grief over Nikiya’s death, Solor drugs himself with opium to be able to bear his sorrow.

The Kingdom of the Shades
In his dream-like euphoria, Solor hallucinates and conjures a vision, during which he meets the shadow (spirit) of his beloved in the form of a thousandfold reflection in the Kingdom of Shades. Furthermore, the warrior reminisces about their dance of love by the Sacred Fire.

Solor’s Chambers
When Solor awakens from his trance, the wedding preparations can no longer be stopped. His friend Ekavir urges him to hurry. However, Solor’s thoughts are only with Nikiya, and he attends the preparations only in an absentminded way. Hamsatti, who has not failed to notice Solor's condition, tries to calm him down to ensure that the wedding ceremony will take place as planned.

The Wedding Ritual in front of the Temple
The Brahmins arrange everything for the wedding ritual. A golden idol dances in order to honour the gods. Solor, however, cannot withstand his thoughts of Nikiya. Repeatedly, a vision of her appears to him and, thus, delays the ceremony. Misteriously, Nikiya’s deadly flower basket shows up and causes horror. Nervous that Solor will figure out Hamsatti is responsible for Nikiya’s death, Kanj tries to urge the wedding ceremony to be completed. However, the infuriated gods take vengeance for Nikiya’s death by destroying the temple with a cyclone and burying everyone under its ruins.

Apotheosis
Nikiya’s spirit forgives and embraces that of Solor with all her love. Forever united, they head into nirvana. 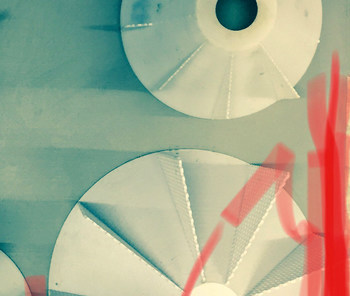