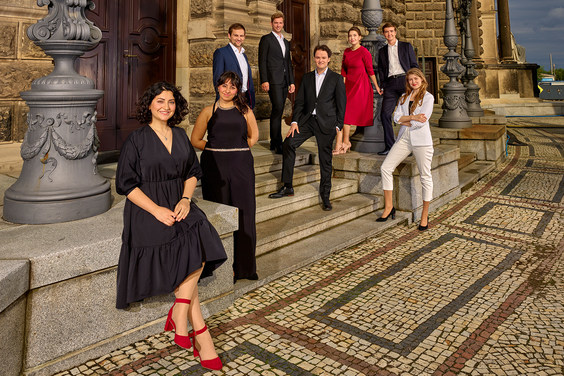 Dresden, 21 October 2021. As part of World Opera Day 2021, Saxon State Opera is streaming an audiovisual presentation on its social media channels detailing its efforts to foster the next generation of performers. In the video, the director of the Junges Ensemble, Thomas Leo Cadenbach, and the soprano Mariya Taniguchi give insights into the programme and talk about the various opportunities for education and professional training as well as the integration of the young artists into the work of the opera house. The camera team was able to accompany the soprano to a rehearsal for her part in the current Dresden production of Mozart’s »The Magic Flute«.

With the international Junges Ensemble (Young Ensemble) of the Semperoper Dresden, Saxon State Opera is dedicated to preparing talented young singers from all over the world to success-fully embark on their dream profession. Under expert guidance, this select group of young art-ists enjoys an extensive programme of education and training in vocal technique, role interpretation, stage performance and master classes over the course of two seasons. The programme, which since 2010 has also been open to répétiteurs and assistant directors as a practical introduction to their chosen careers, includes participation in concerts and projects of the Junges Ensemble as well as individual roles in Semperoper premieres and repertoire pieces. The members of the Junges Ensemble thus have the unique opportunity to expand their wealth of experience through intensive collaboration with colleagues from the Dresden opera ensemble as well as the chance to work with the Semperoper’s international guests.

Upon his appointment in 2003, the former managing director, Prof. Dr. Gerd Uecker, founded the Junges Ensemble at the Semperoper with the idea of discovering talented young singers from around the world, giving them personal and practical training as well as support; and, if they are particularly suitable, integrating them into the permanent ensemble. »At the beginning of the 2000s, many studios were founded at German theatres with the aim of setting up similar programmes,« explains Thomas Leo Cadenbach, the current director of the Junges Ensemble. »The major difference between our Junges Ensemble and comparable institutions at other opera houses is that, from the outset, our participants enjoy a more ambitious casting and training process; the young artists not only perform in small-scale studio productions but are also given the opportunity to prove themselves on the big stage in the established opera repertoire.«

Building this great tradition for over two decades, the Junges Ensemble is not just an extension of the internationally renowned ensemble of Dresden’s opera house, but also a sought-after springboard from which to launch a solo career on the world’s foremost stages. This is confirmed by the names of the many opera stars who have gone from the Junges Ensemble to establish themselves on the international music scene while always maintaining their connection to the Semperoper such as Emily Dorn, Vanessa Goikoetxea, Tuuli Takala, Elizabeth Zharoff, Evan Hughes, Levy Sekgapane, Alexandros Stavrakakis and Sebastian Wartig.