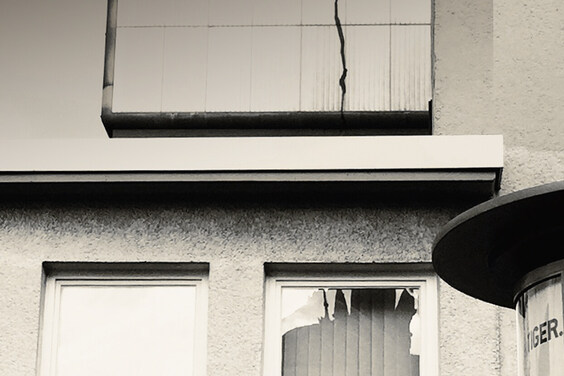 Dresden, 19 October 2022. Over the years, William Shakespeare’s famous tale of ill-starred love has been adapted countless times for the stage and screen. In the world of dance, Sergei Prokofiev’s longest and best-known ballet music inspired numerous 20th century choreographers to create iconic productions. On Saturday, 5 November 2022, the Dresden company will present David Dawson’s fresh interpretation, which has been specially commissioned by the Semperoper Ballett.

After its premiere in Brno in 1938 and following a revised version performed in Leningrad in 1940, the first staging of Prokofiev’s »Romeo and Juliet« in the GDR came on 16 June 1955, when Dresden State Opera presented the original version under choreographer Erwin Hansen. The full-length ballet did not return to the Saxon capital until 1984, when it was staged by the then chief choreographer of Dresden State Opera, Harald Wandtke. A later version from 1994 was choreographed by Stefan Thoss. More recently, Stijn Celis thrilled Dresden dance fans in 2013 with his interpretation of the immortal love story. The world premiere of David Dawson’s »Romeo and Juliet« is now the fifth production featuring Prokofiev’s brilliant score to be presented at the Semperoper.

David Dawson, Associate Choreographer to the Semperoper Ballett since the 2020/21 season, has been creating works for the world’s leading ballet companies for over 20 years. Since the beginning of his career in the United Kingdom, it has been Dawson’s aim to interpret our foremost passions through the art of dance. His success in making these passions sensually tangible as well as the interlinking of emotions and aesthetics in both narrative and abstract choreographies, in which body and music are harmoniously unified, have made Dawson one of the most innovative and sought-after choreographers on the international dance scene.

Dawson’s first narrative ballet was »Giselle« from 2008, created when he was resident choreographer at the Semperoper. This was followed by »Tristan + Isolde« in 2015. With »Romeo and Juliet«, written for the Semperoper Ballett’s 2022/23 season, the British-born dance maker has turned to yet another classic ballet, in which he explores diverse aspects of »true love« in Shakespeare’s tragedy, transmuted by his own unique vision. Based on Sergei Prokofiev’s composition, which displays both conservative and revolutionary elements, Dawson’s artistic language creates a work that lovingly illuminates the tender individual emotionality of the two main protagonists through the lens of an homogeneous and powerful community.

Jérôme Kaplan, one of the most acclaimed stage and costume designers of our time, has created the stunning scenery for this production of »Romeo and Juliet«. The Staatskapelle Dresden will perform Prokofiev’s score, which he completed in 1936, under the baton of Benjamin Pope.

»Romeo and Juliet« by Sergei Prokofiev
Choreography, concept and staging: David Dawson
Performed by the Semperoper Ballett and accompanied by the Staatskapelle Dresden under conductor Benjamin Pope.

Generously supported by the Semperoper Foundation.

Premiere on Saturday, 5 November 2022. Further performances in November 2022 are listed in our monthly programme.
Tickets to all performances can be purchased online or from our daytime box office in the Schinkelwache on Theaterplatz (T +49 (0)351 4911 705). Please check our website for more details: semperoper.de/en/.