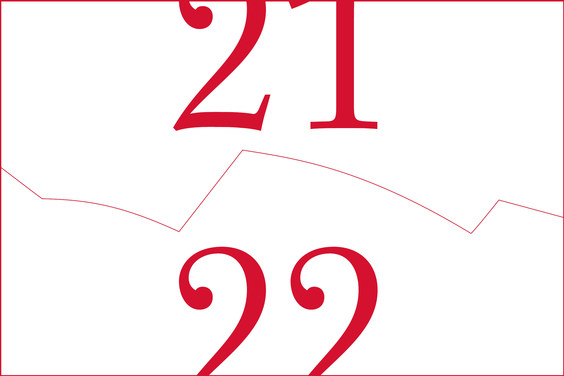 Please find the complete press dossier including the lists of premieres and artists in the log-in area under semperoper.de/en/presse

Dresden, 17 June 2021. In the calendar year 2020, the Semperoper Dresden welcomed around 64,000 guests to 70 performances. Despite the Corona-related restrictions, this equates to total ticket sales of 73.7 percent. However, this  figure is not comparable to other years, as the total capacity of around 1,300 seats was only available up to March 2020; thereafter, a maximum of 330 guests were admitted to each performance. Despite the significantly lower sales compared to the previous year, the Saxon State Opera enjoyed revenues in its core business of around 3.7 million euros, representing a respectable cost recovery ratio of 23.2 percent for 2020.

The in-person attendance figures as well as the many online visitors, reflecting the success of our streaming service in 2021, testify to the unbroken global interest in the Semperoper’s artistic programme as well as that of the Staatskapelle Dresden. The undiminished reputations of these important cultural ambassadors as well as the audience loyalty to »Semperoper Dresden«, a name synonymous with excellence, create the foundation upon which the Semperoper presents its 2021/22 season with renewed energy and unshakeable optimism. We are convinced that this varied programme meets our usual high artistic standards. According to artistic director Peter Theiler: »We are confident that the coming season will see us once again enjoying full houses and that we will inspire opera lovers from all over the world with our art, as well as foster dialogue and understanding with these diverse performances.« And he adds: »Hopefully we will quickly return to our usual success, reflected by ticket sales of almost 90 percent.«

The new season will feature an extraordinary number of 15 new and 22 returning productions spread over 351 performances in opera, ballet and the programme of the Junge Szene. These will include three world premieres, one German premiere and two Dresden premieres. Thus the programme for 2021/22 offers visitors an exciting cornucopia of new, beloved and returning pieces performed by great artists and outstanding conductors. According to Peter Theiler, in the upcoming season the Semperoper will continue to »draw on established traditions while devising a new programme that offers fresh perspectives, all at the highest artistic standard«. In this way the opera house can »achieve its objectives as quickly as possible«. Many productions to be performed in Dresden in 2021/22 have been created in partnership with opera houses in Barcelona, Bologna, Copenhagen, Madrid, Paris, Tokyo, Valencia and San Francisco as well as the Salzburg Easter Festival. This confirms the Semperoper’s great reputation and strong network with other leading music institutions.

15 new and 22 returning productions in opera and ballet
Under the season’s motto of »powerful women«, the Semperoper starts with a somewhat unexpected focus on the Italian repertoire of Bellini, Verdi and Rossini. The opening months of the season will feature Peter Konwitschny’s production of »Norma« under the baton of Gaetano d’Espinosa, Vera Nemirova’s production of »Don Carlo« – including the world premiere of Manfred Trojahn’s newly composed prologue (commissioned by the Semperoper) – and the new production of »La Cenerentola« staged by Damiano Michieletto and created in cooperation with Paris’s Théâtre des Champs-Élysées. This will be followed in 2022 by another Semperoper commission: the opera »Die andere Frau« by Torsten Rasch, featuring Evelyn Herlitzius and conducted by Michael Wendeberg. Guests can look forward to a visually stunning production by stage director Immo Karaman in collaboration with the Hungarian 3D artist and pioneer of projection mapping, László Zsolt Bordos.

Christian Thielemann conducts the premiere of »Aida«, staged by Katharina Thalbach
Principal conductor Christian Thielemann will ascend the Staatskapelle rostrum to direct the fantastic Krassimira Stoyanova in the title role of Verdi’s »Aida«, staged by Katharina Thalbach. This will be followed by Puccini’s »Madama Butterfly«, featuring Kristine Opolais as Cio-Cio-San and Christa Mayer as Suzuki under the baton of Omer Meir Wellber. The Semperoper’s principal guest conductor will also occupy the rostrum at later performances of »Aida« from June 2022. Fashion designer Kenzō created the costumes for Amon Miyamoto’s new staging of »Madama Butterfly«, coproduced by the Semperoper Dresden, the Nikikai Opera Foundation of Tokyo, Copenhagen’s Det Kongelige Teater and San Francisco Opera.
The cycle of operatic premieres scheduled for 2021/22 will be completed by two Slavic operas: Antonín Dvořák’s »Rusalka« and »The Nose« by Dmitri Shostakovich. Christof Loy will stage Dvořák’s lyrical fairy tale for the Semperoper Dresden as a coproduction with Madrid’s Teatro Real, the Teatro Comunale in Bologna, Barcelona’s Gran Teatre del Liceu and the Palau de les Arts Reina Sofía in Valencia. Joana Mallwitz will conduct the Staatskapelle at these performances. Audiences can enjoy a second Konwitschny production near the end of the 2021/2021 season when Shostakovich’s earliest opera »The Nose« is heard for the first time on the Semperoper stage, here conducted by Petr Popelka.

Richard Strauss’s »Elektra« and Richard Wagner’s »Tannhäuser« back on the programme
The list of returning productions for 2021/22 includes Georges Bizet’s »Carmen«, the opera double bill »Cavalleria rusticana«/»Pagliacci« by Pietro Mascagni and Ruggero Leoncavallo, »The Poacher« by Albert Lortzing featuring Georg Zeppenfeld as Baculus, Erich Wolfgang Korngold’s »Die tote Stadt« with Klaus Florian Vogt and Camilla Nylund, and Bedřich Smetana’s »The Bartered Bride«. The Semperoper will pay homage to its »local heroes« Richard Strauss and Richard Wagner with the return of »Elektra«, featuring Lise Lindstrom in her Dresden debut, and another Konwitschny production, »Tannhäuser«, with Stephen Gould. As part of the »Mozart Festival 2022«, the three great Mozart-Da Ponte operas will be performed under the baton of Omer Meir Wellber. And Dresden’s music lovers will certainly enjoy baritone Erwin Schrott in the title role of »Le nozze di Figaro« as well as Leporello in »Don Giovanni«. And the Semperoper is delighted to welcome back Angela Gheorghiu, who appears in our popular production of »Tosca«.

Semper Zwei and Junge Szene with a wide range of operas and musicals
Fans of Semper Zwei and the Junge Szene will be treated to Luciano Chailly’s »The Bald Soprano« staged by Barbora Horáková, the Dresden premiere of »Blues Brothers« staged by Semper Zwei’s artistic director, Manfred Weiß, as well as Stephen Sondheim’s celebrated »Into the Woods«. And in May 2022 comes the premiere of the opera »Weiße Rose«, in which Dresden composer Udo Zimmermann remembers the final hours of the famous Scholl siblings, who were executed by the Nazis. The opera is staged by Stephan Grögler. The composer and visual artist Zad Moultaka created the play »Three lousy nasty guys« for Semper Zwei’s youngest visitors, here staged by Annika Nitsch. Children and teenagers will also enjoy the return of the highly successful »Schneewitte«.

»Mozart Festival«: Omer Meir Wellber conducts the Da Ponte trilogy at Easter 2022
The Semperoper’s »Mozart Festival 2022« will spotlight the three Mozart-Da Ponte operas, namely »Le nozze  di Figaro«, »Don Giovanni« and »Così fan tutte«, here conducted by Omer Meir Wellber. The festival will be accompanied by a varied programme of lectures and symposia. In the event series entitled, »Umanut Wechaim«, the Semperoper Dresden will commemorate the important cultural legacy that Saxony and the Saxon State Theatres owe to Jewish artists. This colourful programme has been created under the patronage of Saxony’s Minister for Culture and Tourism, Barbara Klepsch, in cooperation with the local Jewish community and various other cultural and scientific institutions.

Semperoper Ballett presents Johan Inger’s »Peer Gynt« for the first time
After an absence of almost six months, the company of Semperoper Ballett welcomed back audiences to the opera house in mid-June 2021 with the acclaimed »A Collection of Short Stories«, which gives a foretaste of upcoming productions. The six-part ballet evening featuring choreographies by Aaron S. Watkin, David Dawson, Jorma Elo, William Forsythe and a world premiere by Nicholas Palmquist will celebrate its official premiere in the premiere month of October 2021. It also provides a retrospective on the company’s amazing development under the 15-year directorship of Aaron S. Watkin. For its second ballet premiere of the 2021/22 season, the Semperoper Ballett enjoys the rare distinction of being only the second company in the world to perform choreographer Johan Inger’s »Peer Gynt«, created for Basel Ballet in 2017. The Dresden company’s great admiration for Inger’s work is confirmed by the return of his »Carmen«. These modern choreographies are complemented by the wonderful narrative ballets »Sleeping Beauty« and »Swan Lake« by Aaron S. Watkin and, of course, Aaron S. Watkin’s and Jason Beechey’s version of the Christmas classic »The Nutcracker«, scheduled for the winter season.

Images for premieres by photographer Thomas Ruff
The world-renowned photographer Thomas Ruff has been commissioned to create an exciting series of images to accompany the new season’s premieres and thus help publicise these productions in 2021/22. Born in the small town of Zell am Harmersbach in 1958, Ruff is one of the most important artists of his generation and a prominent representative of the Düsseldorf School of photography. The Semperoper is particularly pleased and grateful to be able to use the work of this extraordinary artist as the basis for its new poster series to advertise the season’s premieres.

Tickets for the Semperoper season 2021/22 are available:
For all events in September 2021 up from 13 July 2021, 10 a.m.
The advance booking for all other events will be announced in September 2021.
Further information on subscriptions and packages, designed for 2022, will be published in autumn 2021.

A video recording of the annual press conference for 2021 as well as other press materials are archived at semper- oper.de/presse. Registered journalists can also download images of the opera house, our ensemble, new productions (after the premiere) and returning productions of the current season when reporting on the Semperoper Dresden.