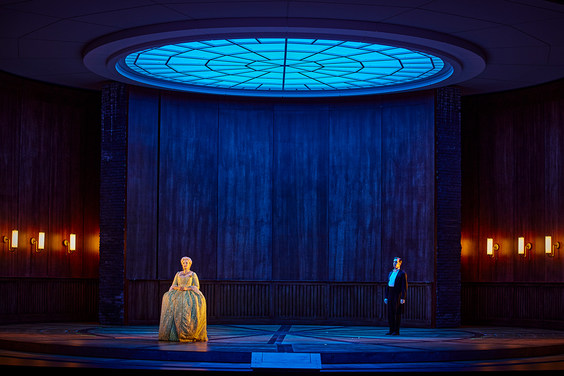 Dresden, 17 May 2021. From 22 May 2021, the new Dresden production of Richard Strauss’s »Capriccio«, staged by Jens-Daniel Herzog and conducted by Christian Thielemann, can also be enjoyed as part of the »ARTE Opera Season«.
As a joint production of the Saxon State Opera with UNITEL, the opera will be streamed across Europe on ARTE Concert in collaboration with ARTE and MDR. Audiences further afield can likewise enjoy the production this year when it is screened by Japanese public broadcaster NHK in autumn 2021. A DVD release is also planned.

Richard Strauss »Capriccio«
A Conversation Piece for Music in One Act, staged by Jens-Daniel Herzog
Available for free streaming from 3 p.m. on 22 May 2021 until 11.59 pm on 14 July 2021 at semperoper.de and arteconcert.com

Kindly supported by the Semperoper Foundation