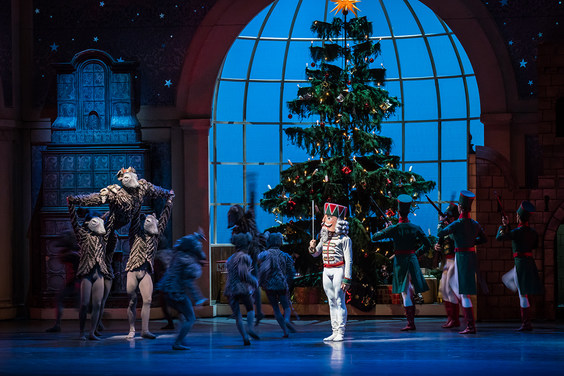 Dresden, 21 January 2022. On 28 and 29 January 2022, the dancers of Semperoper Ballett will finally return to the stage. After the scheduled performances of Tchaikovsky’s »The Nutcracker« in December 2021 had to be cancelled due to COVID-19, the Semperoper will now present an adapted version of the classic ballet entitled »Marie and the Nutcracker«.

Based on the original choreography by Marius Petipa, this production was devised in November/December 2020 and exclusively features the ensemble of the Semperoper Ballett. For their one-act version consisting of five scenes, ballet director Aaron S. Watkin and the rector of the Palucca University of Dance, Jason Beechey, focus on the relationship between Marie and the title character.

Dance fans can look forward to three thrilling role debuts: Marcelo Gomes will perform the role of Drosselmeyer on 28 January, while Kaitlyn Casey appears as Marie and Anthony Bachelier as the Nutcracker Prince on 29 January. Tchaikovsky’s brilliant score will be interpreted by the Staatskapelle Dresden under the baton of Robert Houssart.

»Marie and the Nutcracker«
by Pyotr I. Tchaikovsky
Ballet in one act and five scenes
28 and 29 January 2022. All further performances to be announced shortly.