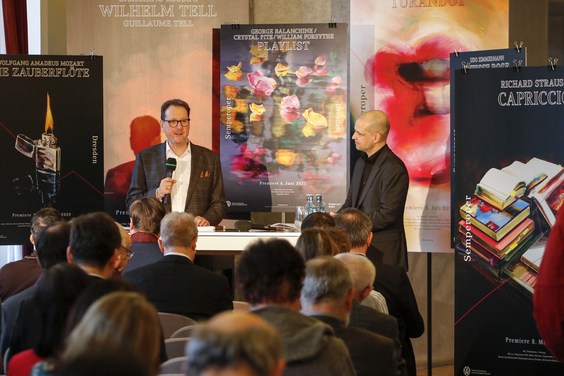 Semperoper audience can look forward to a total of eleven premieres: Seven opera premieres, two of them in Semper Zwei, two ballet premieres as well as two premieres of the Semperoper Junge Szene.

In January and February 2021 the Semperoper will perform two cycles of »Der Ring des Nibelungen« under the baton of Christian Thielemann.

Under the theme »Dancing into the future«, the 2020/21 season marks the 15th anniversary of the Semperoper Ballett under the direction of Aaron S. Watkin.

The Semperoper Junge Szene and Education has been in existence for ten years in the 2020/2021 season and is celebrating this anniversary with a »works exhibition« on 10 October 2020.