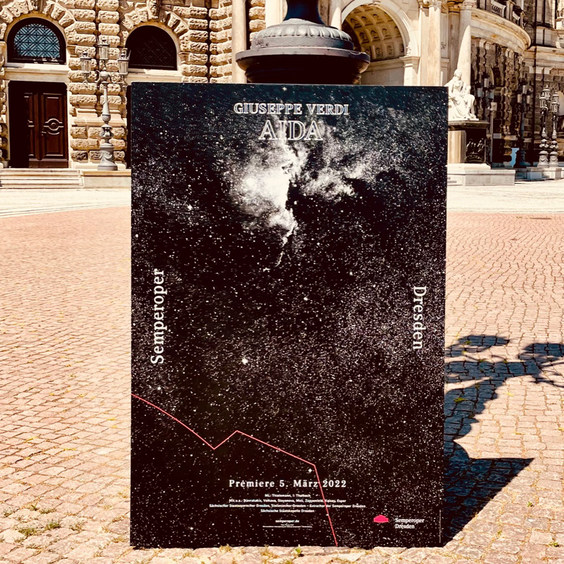 The Semperoper Dresden is represented with no less than two productions in this year’s digital »ARTE Opera Season«:

From 12 November 2021, 7 p.m., the new production of Richard Strauss’ conversation piece »Capriccio« from the 2020/21 season will once again be broadcasted. Camilla Nylund (The Countess), Christoph Pohl (The Count), Georg Zeppenfeld (La Roche), Daniel Behle (Flamand), Christa Mayer (Clairon), and Nikolay Borchev (Olivier) will sing in the staging by Jens-Daniel Herzog and under the musical direction of Christian Thielemann.

On 13 March 2022, 4 p.m., ARTE will broadcast Giuseppe Verdi’s »Aida«, a premiere of the current season: In the staging by Katharina Thalbach and also under the musical direction of Christian Thielemann, soprano Krassimira Stoyanova sings the title role and will be on stage together with Alexandros Stavrakakis (The King), Oksana Volkova (Amneris), Francesco Meli (Radamès), Georg Zeppenfeld (Ramfis), and Quinn Kelsey (Amonasro).

Now in its fourth season, ARTE Opera presents – thanks to its network of 21 leading opera houses and festivals from 12 European countries – current productions that whenever possible are live-streamed from the opera house straight into your living room. Afterwards the operas, ballets and concerts can all be viewed as videos on demand. All productions are available throughout Europe and most of them even worldwide.

Trailer of the ARTE Opera Season

To the ARTE Opera programme